Automatic Exposure Bracketing: What It Is and How to Use It

Written by AdFluencer IO in Blogging

These days DSLRs come with a host of different settings, program modes, and even special effects. And while learning all that your camera can do might seem overwhelming, there are a number of settings that are good to know, especially once you get the basics down. Auto-exposure bracketing or AEB is one of these.

AEB is a setting that tells your camera to take two or more different exposures of the same shot. The camera takes one that it deems “properly exposed,” and then “brackets” around it with other exposures. Usually, it’s set for three exposures—one properly exposed, one underexposed, and one overexposed, but you can mix and match at will. The difference in exposure value is determined by you, though not all cameras allow for large intervals.

In the days of film, before photographers had camera displays or histograms, you didn’t always know if you got the exposure correct. And since they only way to find out was to develop the film (long after leaving the scene), it became common practice to take three different exposures to ensure that at least one came out right.

These days our cameras give us a lot more information about what’s going on, but there are still times when dialing in the exposure can be particularly challenging. This most often occurs when the scene has a number of high contrast areas or strong backlight. Maybe you’re shooting a subject against a bright sky or trying to get both the inside and outside of a building correctly exposed (i.e. shooting through a window). Whatever the case, exposure bracketing can help.

There are two major ways you can use AEB to nail your exposures. The simplest is to simply choose the exposure that works best for you. If you’re shooting in Jpeg, this can be done at a glance. If you’re shooting in RAW, however, you might want to consider more carefully. Sometimes the highlights will be easier to recover than the shadows, and vice versa. It all depends on what you want in the end image.

The second way is called exposure blending, where you layer the exposuresin a photo editor like Photoshop or Luminar using luminosity masks. With the best exposure on top, you then use the eraser to brush away the areas where you want the photos underneath to shine through. For example, if you want the darker exposure for the sky, simply erase the sky in the top exposure. This is a fairly advanced technique but can yield some great results. 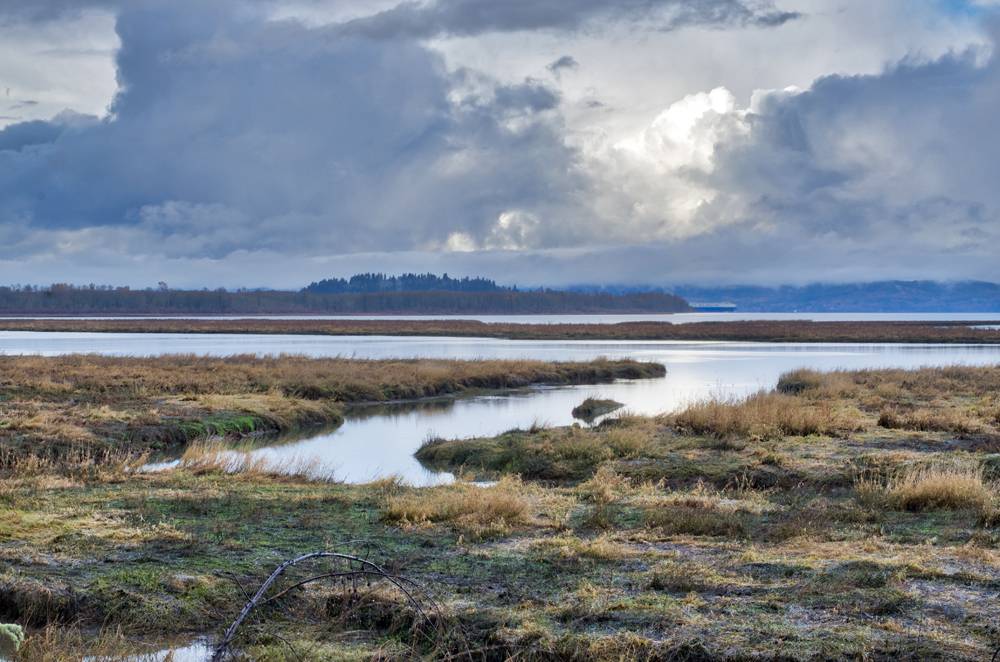 A very basic HDR version of the three photos above.

Another reason to use AEB—and a very popular one—is to shoot in high dynamic range or HDR. HDR images have a much wider tonal range than can be captured in a single exposure. For best results, you’ll need at least three exposures (some cameras offer up to five or even seven) and as wide an exposure value range as your camera will allow. The higher the range you can capture in your multiple exposures, the greater the tonal range in the final image. And since multiple exposures are what AEB is for, it makes it one of the more crucial tools for HDR photography.

Using AEB on Your Camera

Most cameras that offer AEB have it pretty accessible, often right on the camera body (though you might have to turn it on in your menu settings). If it’s on your camera body (labelled “AEB” on Canon and “bracketing” on Nikon), you can usually hold down the button and then select both the number of exposures and the exposure differences between them. (For HDR, choose the maximum exposure variation.)