Among Fish Skeletons and Bear Droppings

Written by AdFluencer IO in Blogging 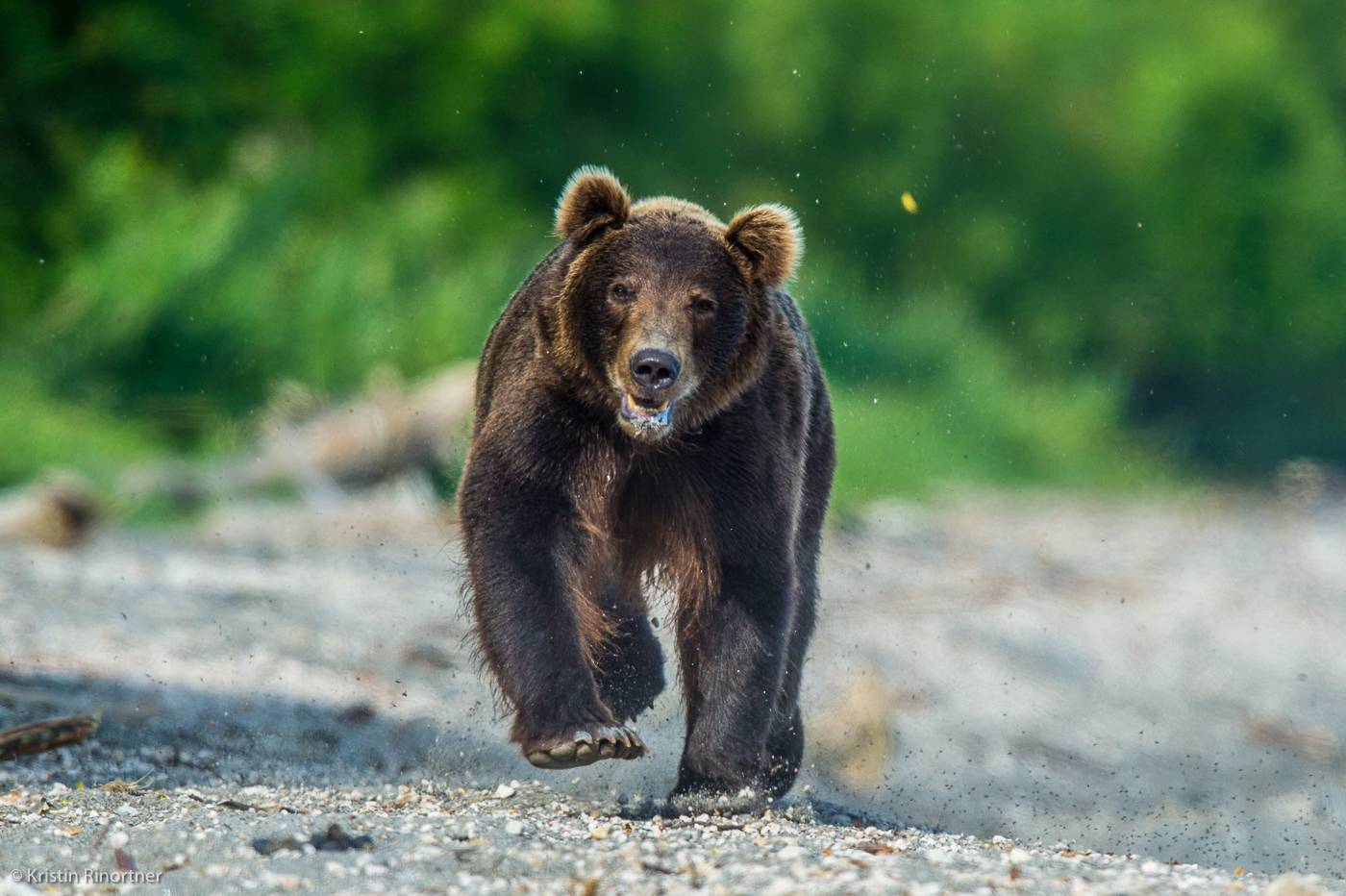 Kamchatka, the peninsula on the eastern Russian coast, offers one of the most fascinating landscapes on earth with its volcanoes and untouched nature. When the salmon return from the Pacific to their spawning grounds on the headland, the Kamchatka Bears feast on this plentiful bounty. 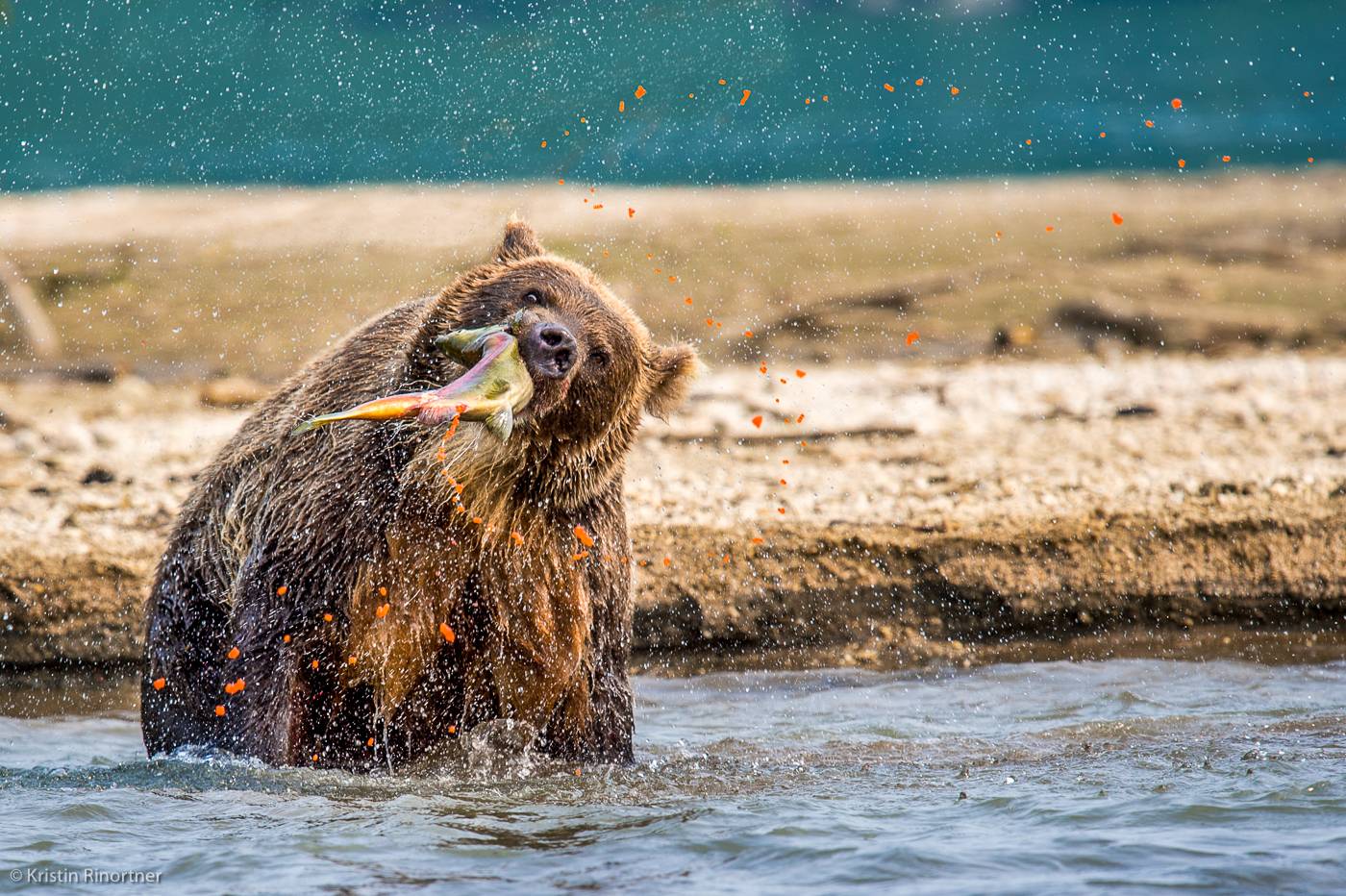 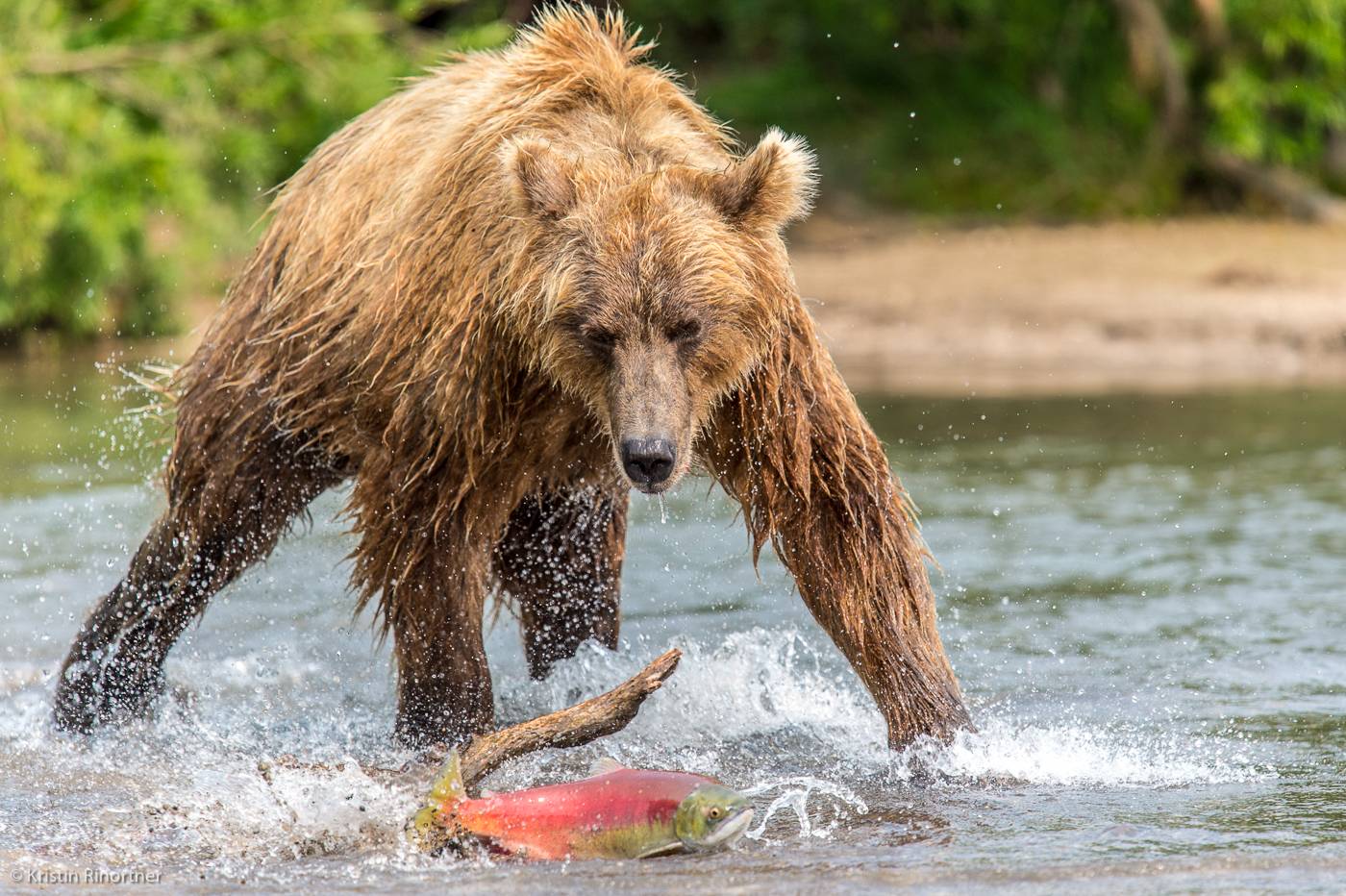 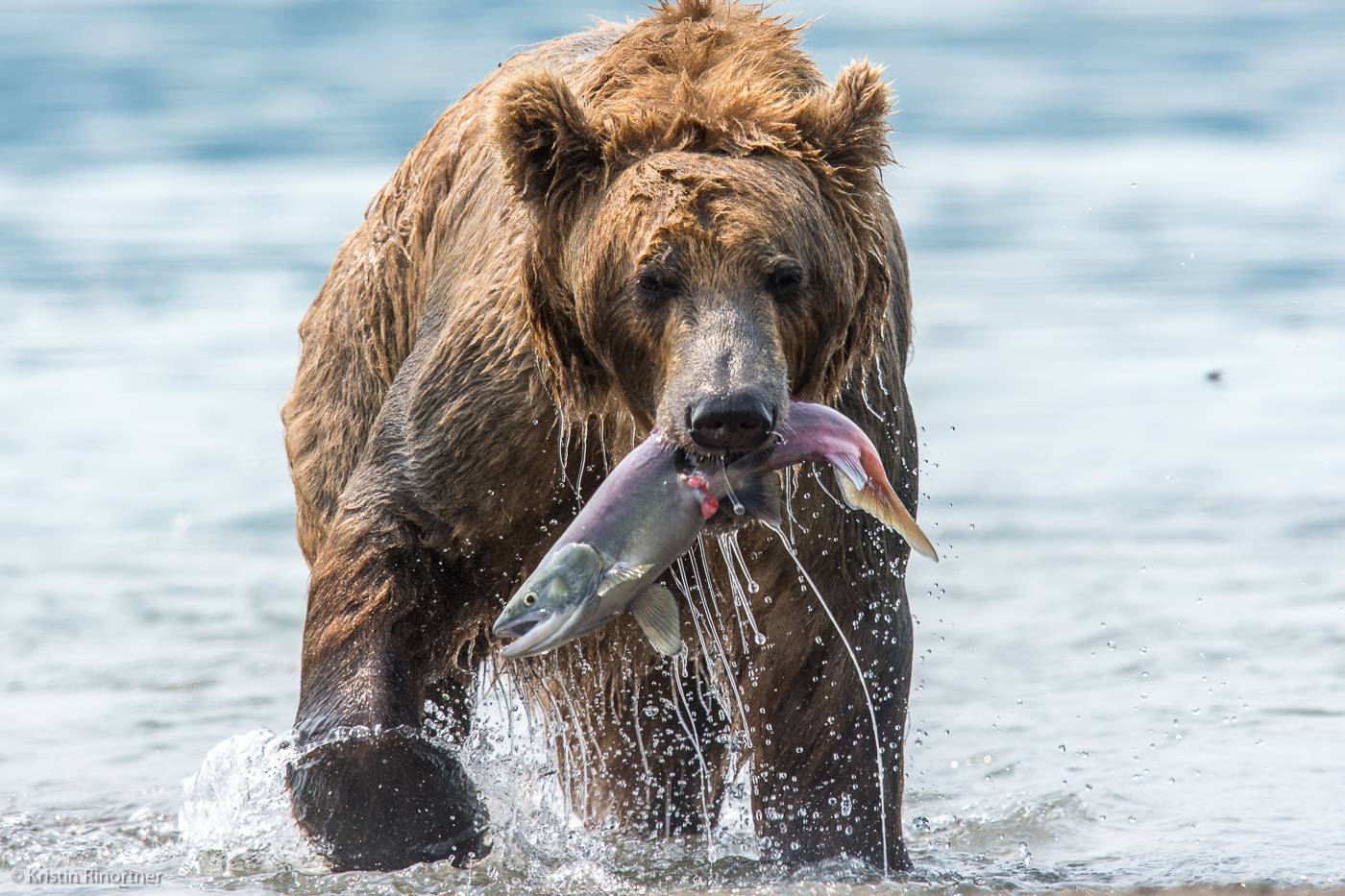 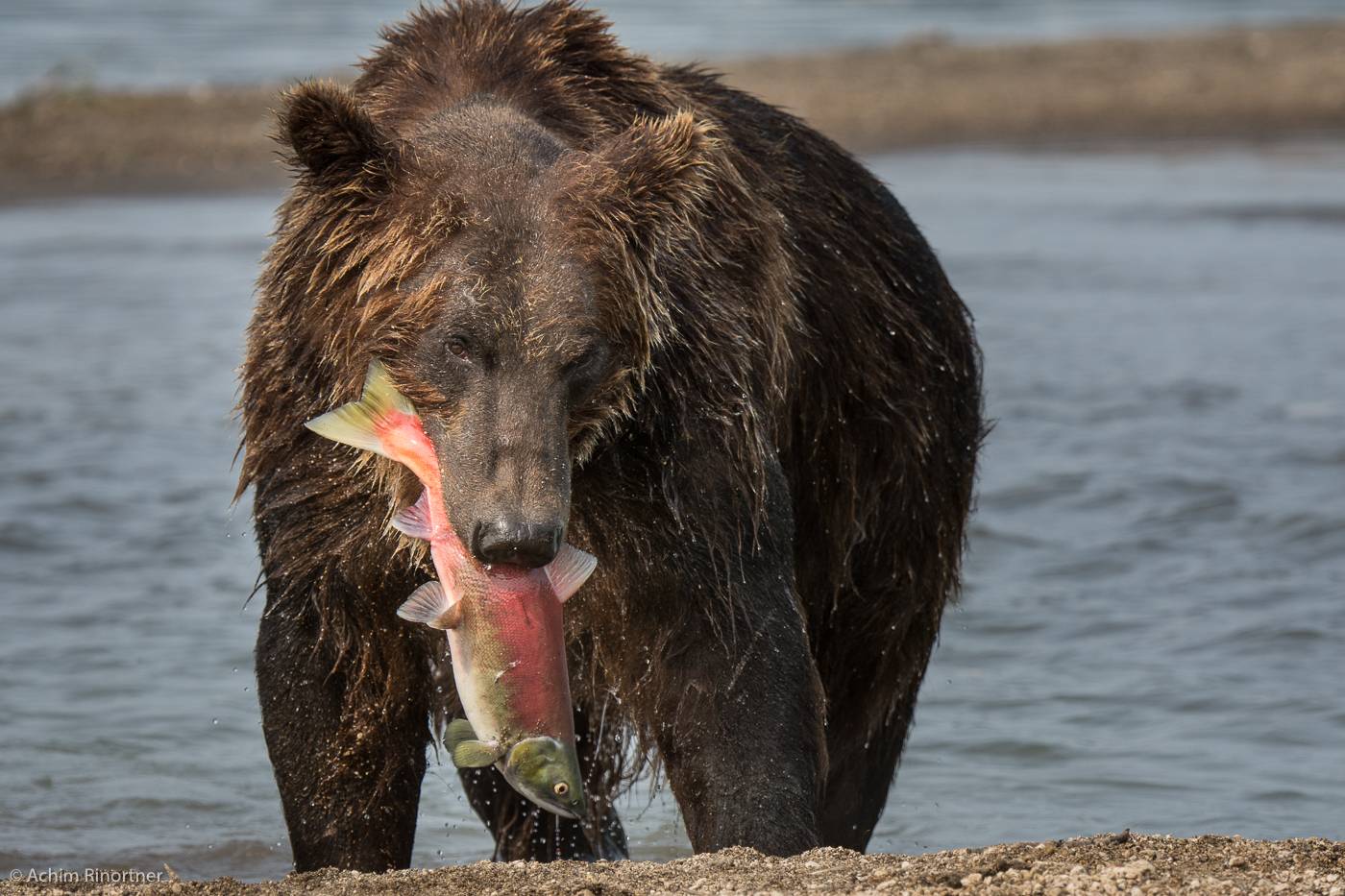 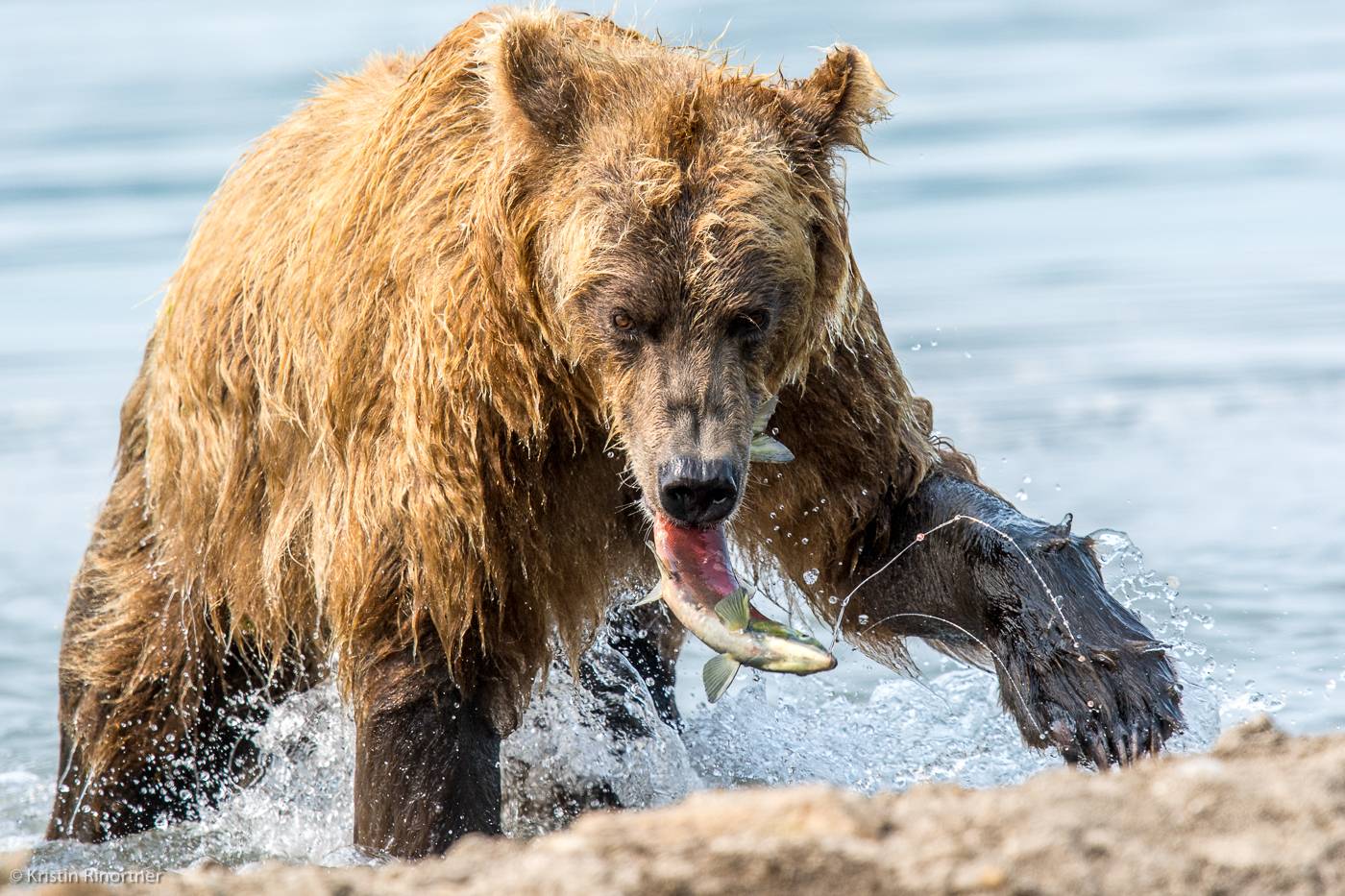 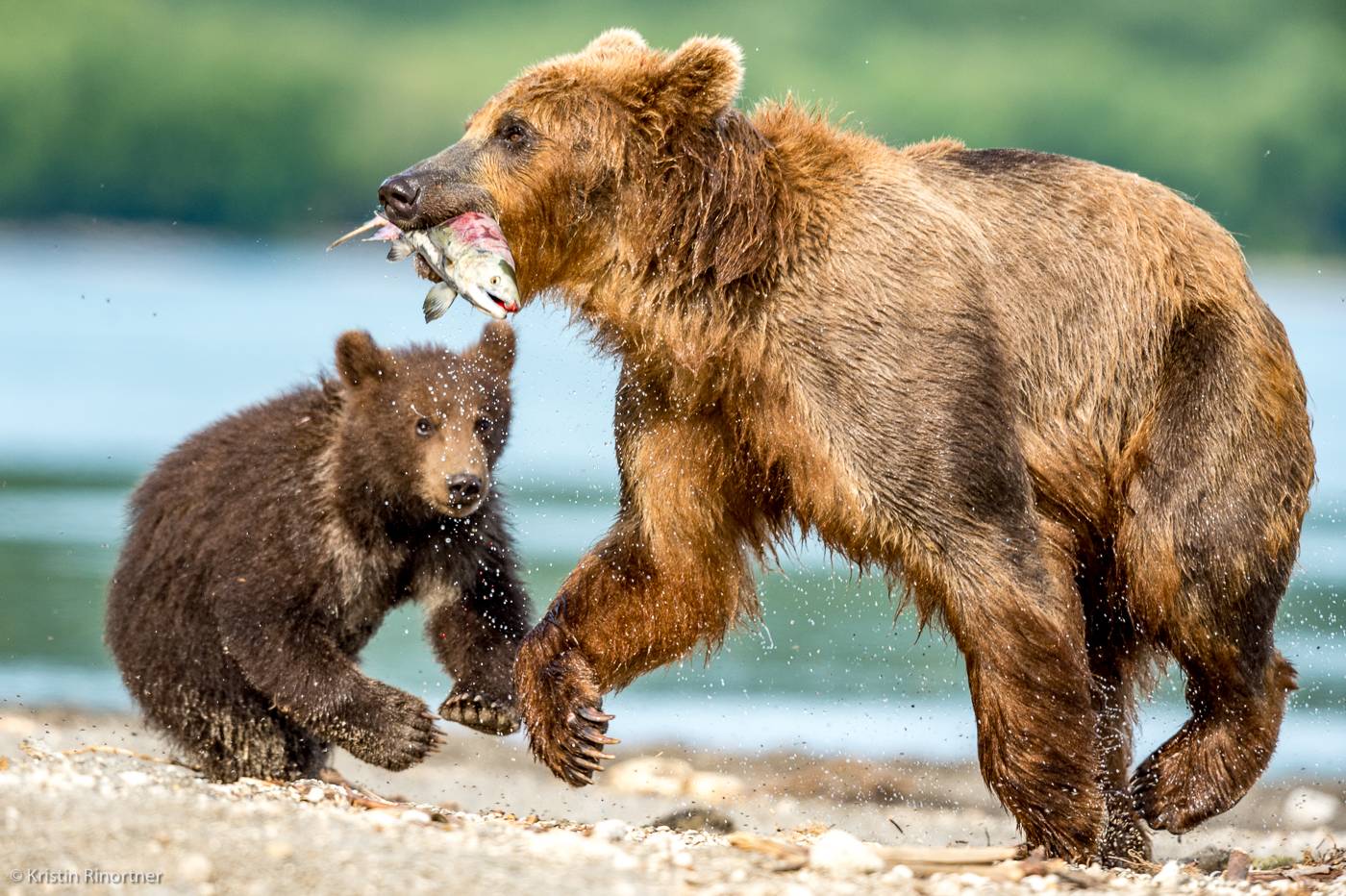 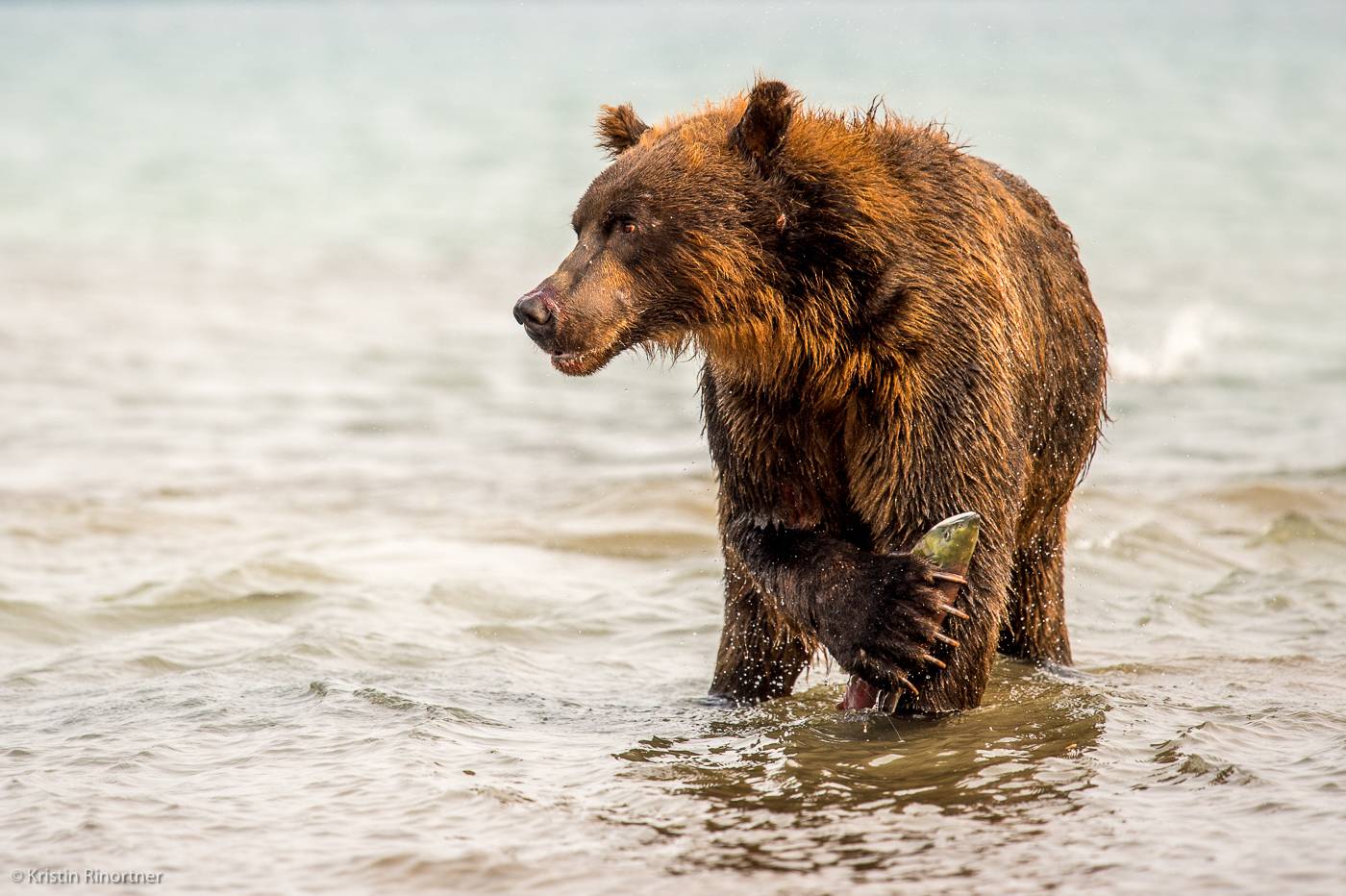 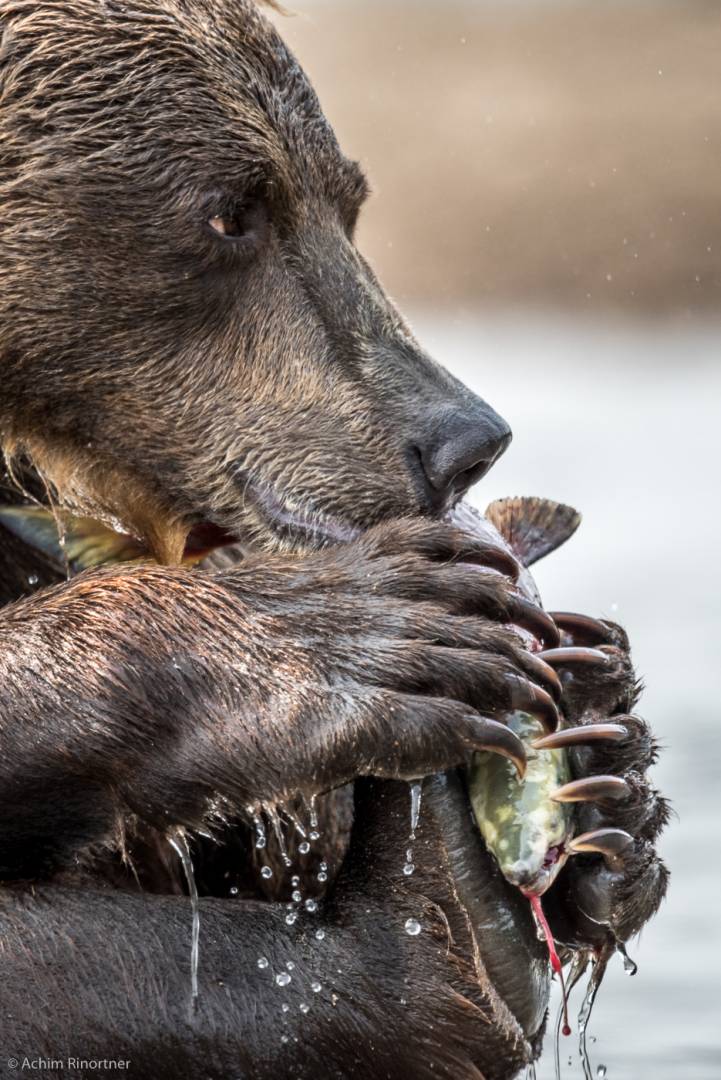 These huge brown bears, second only to the Kodiak in size among brown bears, still find almost ideal living conditions here. We photographed these expert fisher-bears in the vicinity of the Kuril Lake in the Juzno-Kamchatsky Natural Reserve in the south of the peninsula, surrounded by fish skeletons, flotsam and bear droppings. There are smart hunters, typical beginners, clumsy and curious bear cubs, young rowdies spoiling for a fight and worried mother bears. Males are rare, but when they do appear a dangerous silence lies in the air and all other bears disappear into the willow bushes. 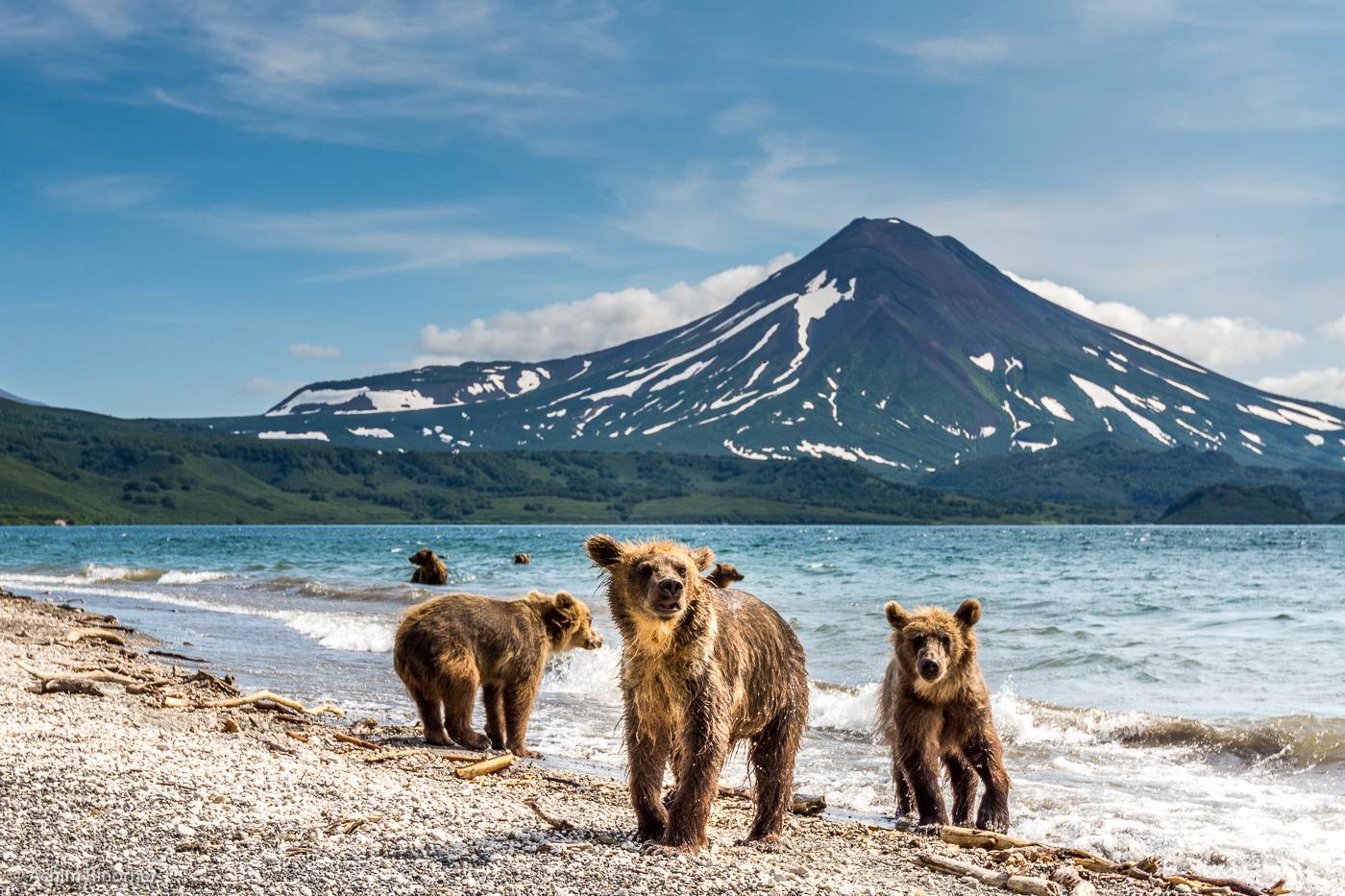 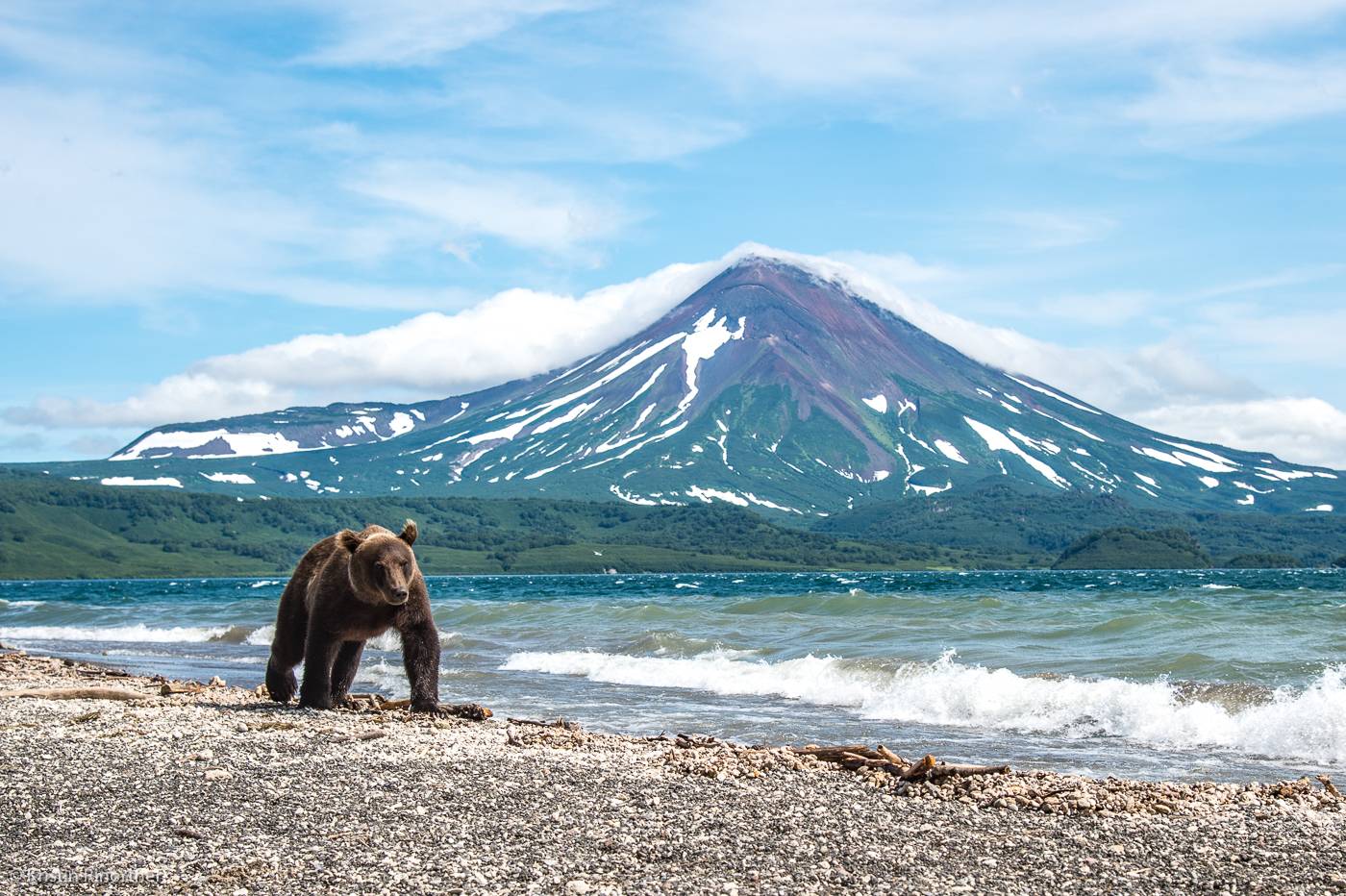 Fishing methods and dexterity vary. Chattering of the paws, diving for carrion or stealing the fish from another bear are all common scenes. The mother bears are especially skilled and usually need only one attempt: straightening up, searching for a fish, sprinting, and rapidly biting. At the beginning of the season, the hungry bears eat the entire fish. Later, only the head, the offal, and the back are eaten.

The slides will provide insight into our experience observing the bears up close. 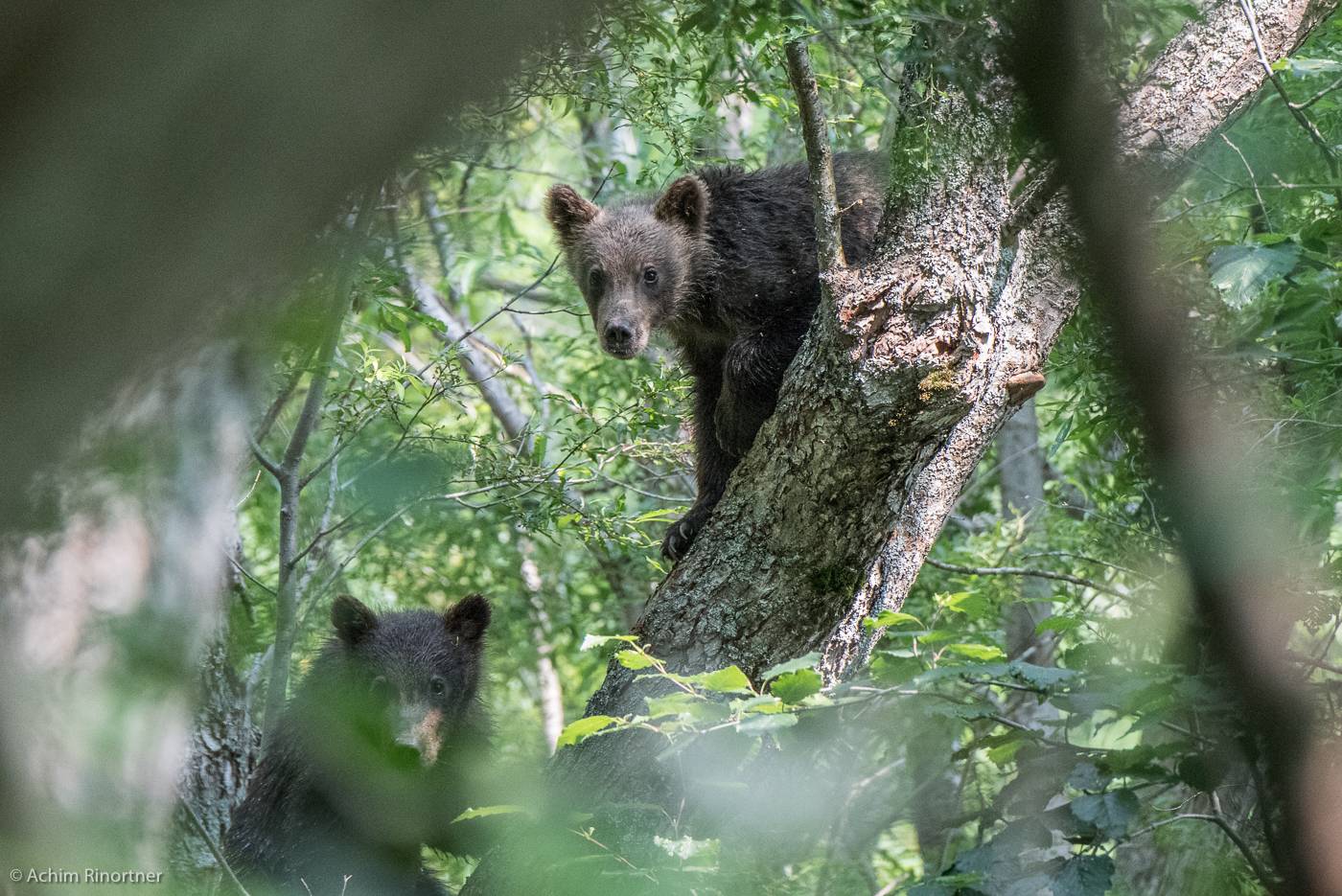 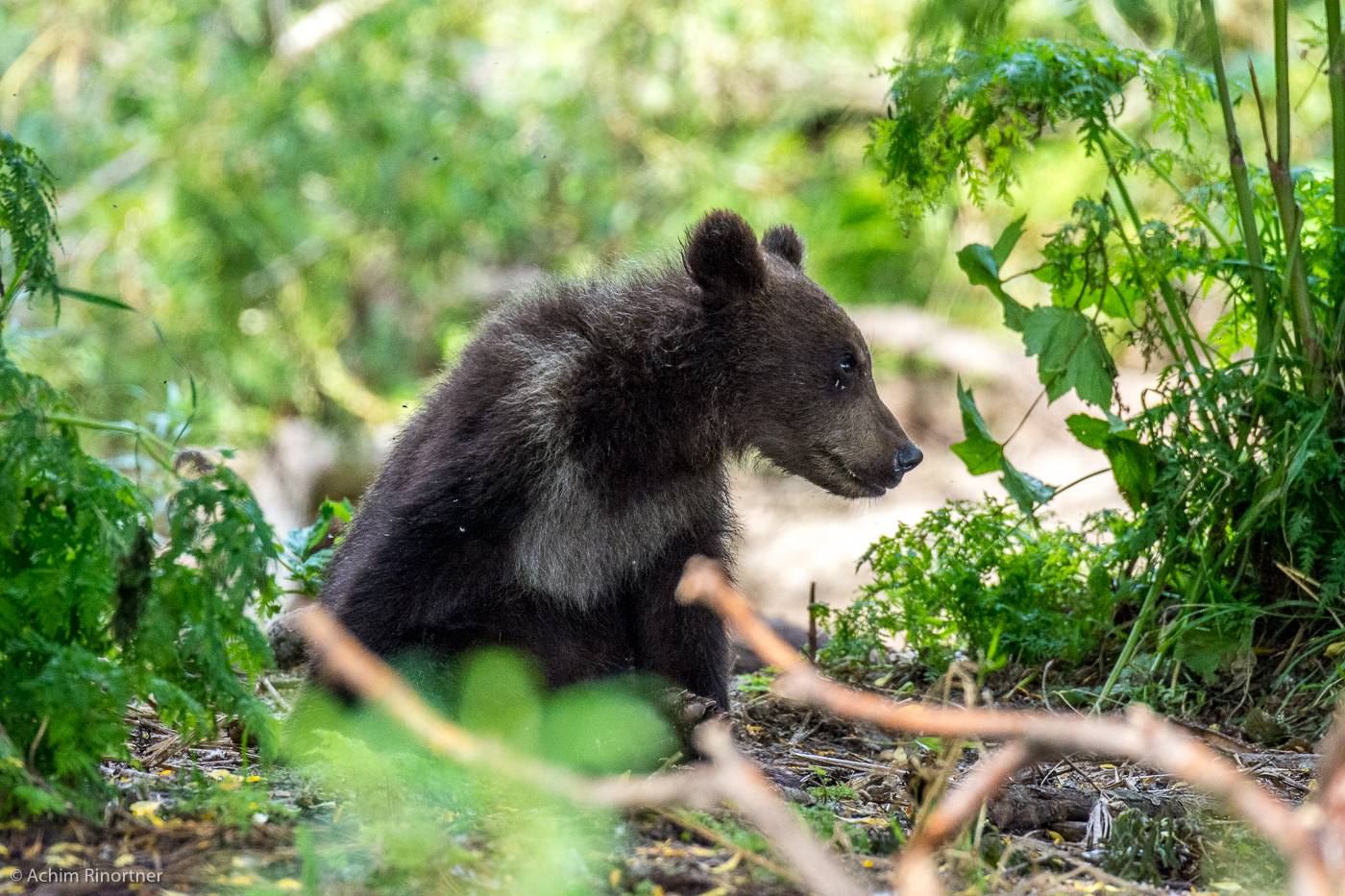 Photographing at the Kuril Lake means the bear is very close. At first, we felt queasy and uncomfortable being so close to the bears, but that uneasy feeling quickly gave way to one of security. An experienced local ranger with a rifle made sure we kept a safe distance from the bears while taking photographs. 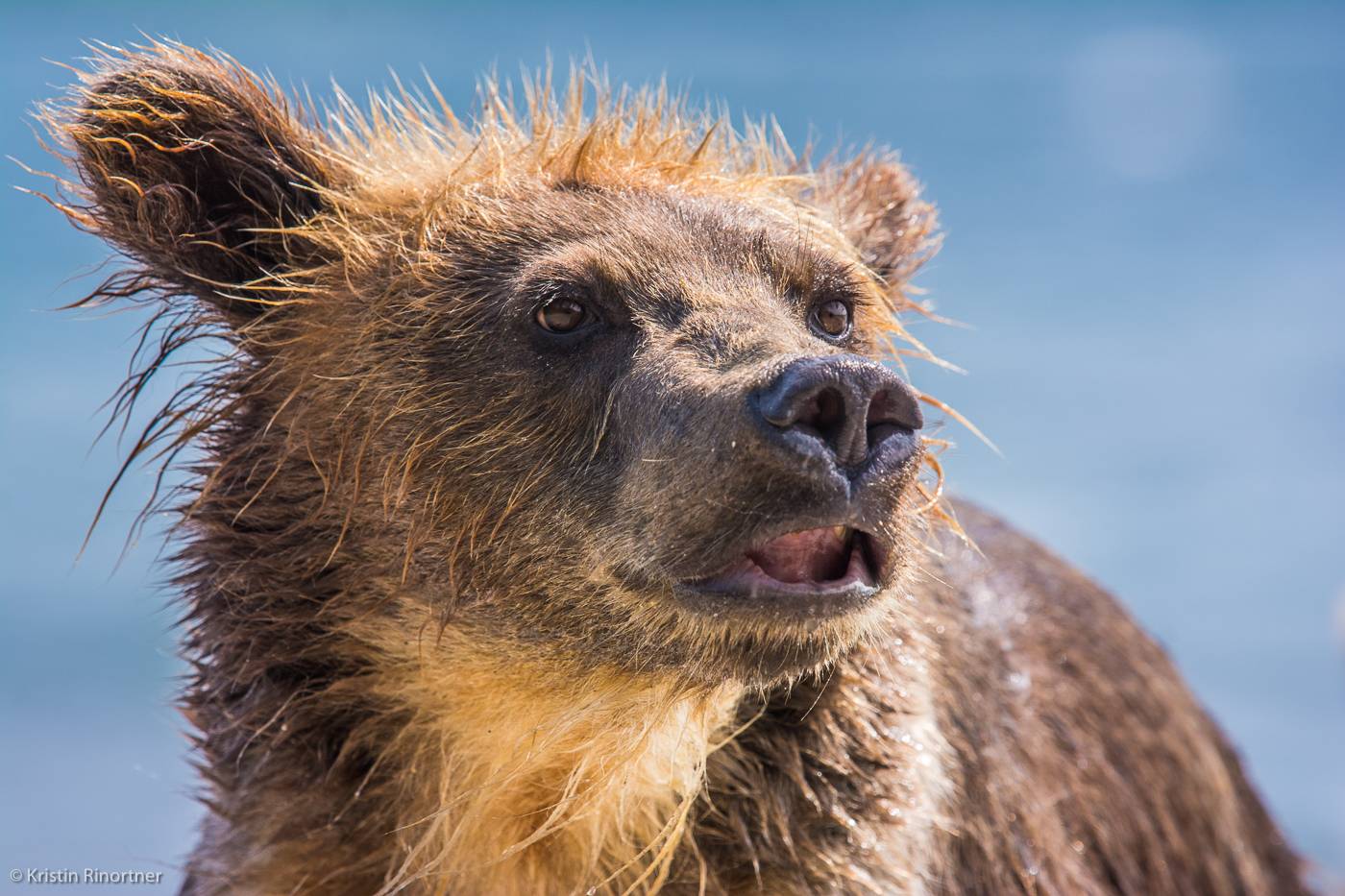 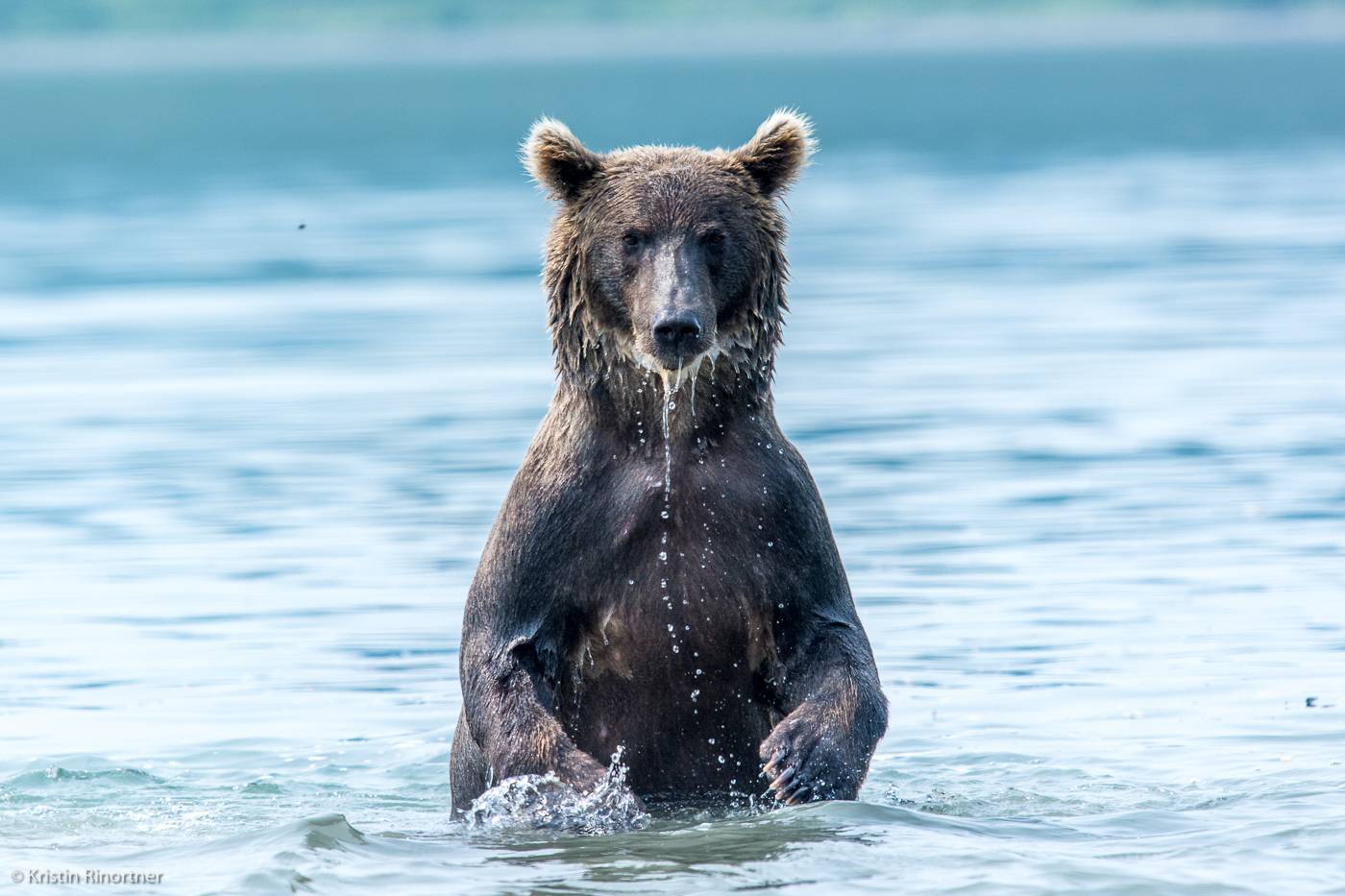 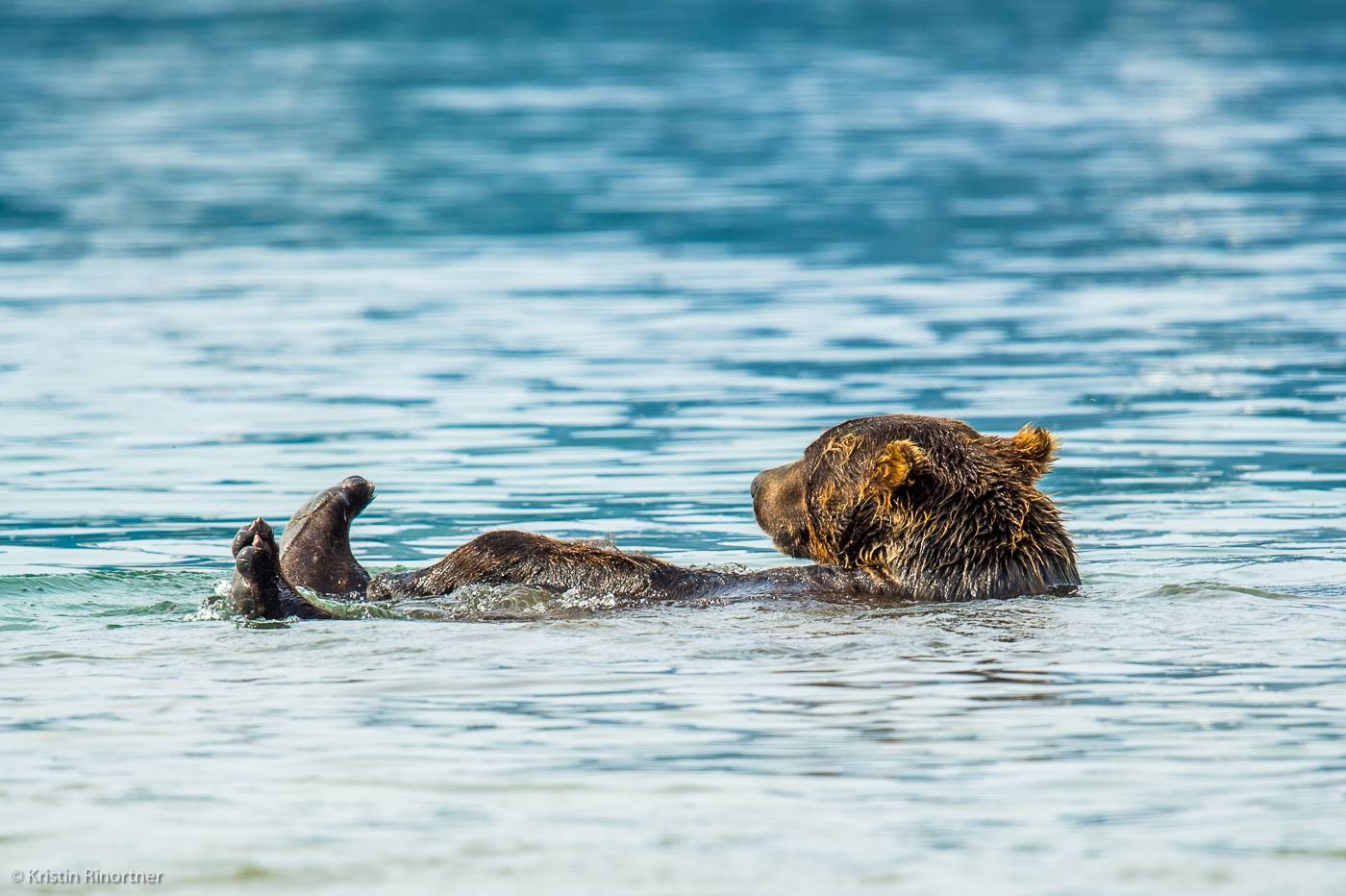 The bears are typically solitary but come together during the spawning season. Groups as large as 20 animals (mostly mothers and young animals) can be found at a fishing spot. The bears are so busy fishing that they not only ignore other bears, but they also ignore people. 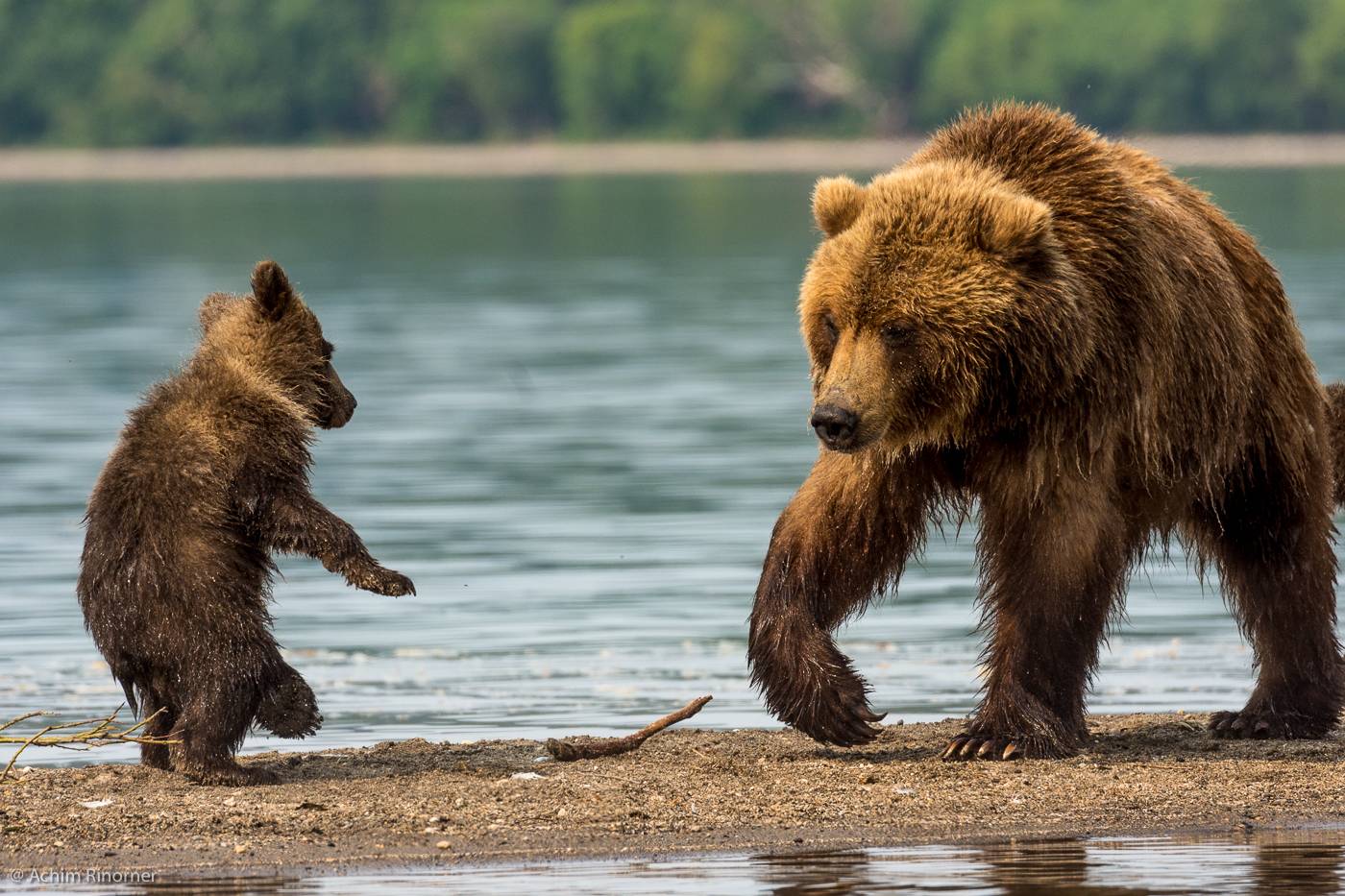 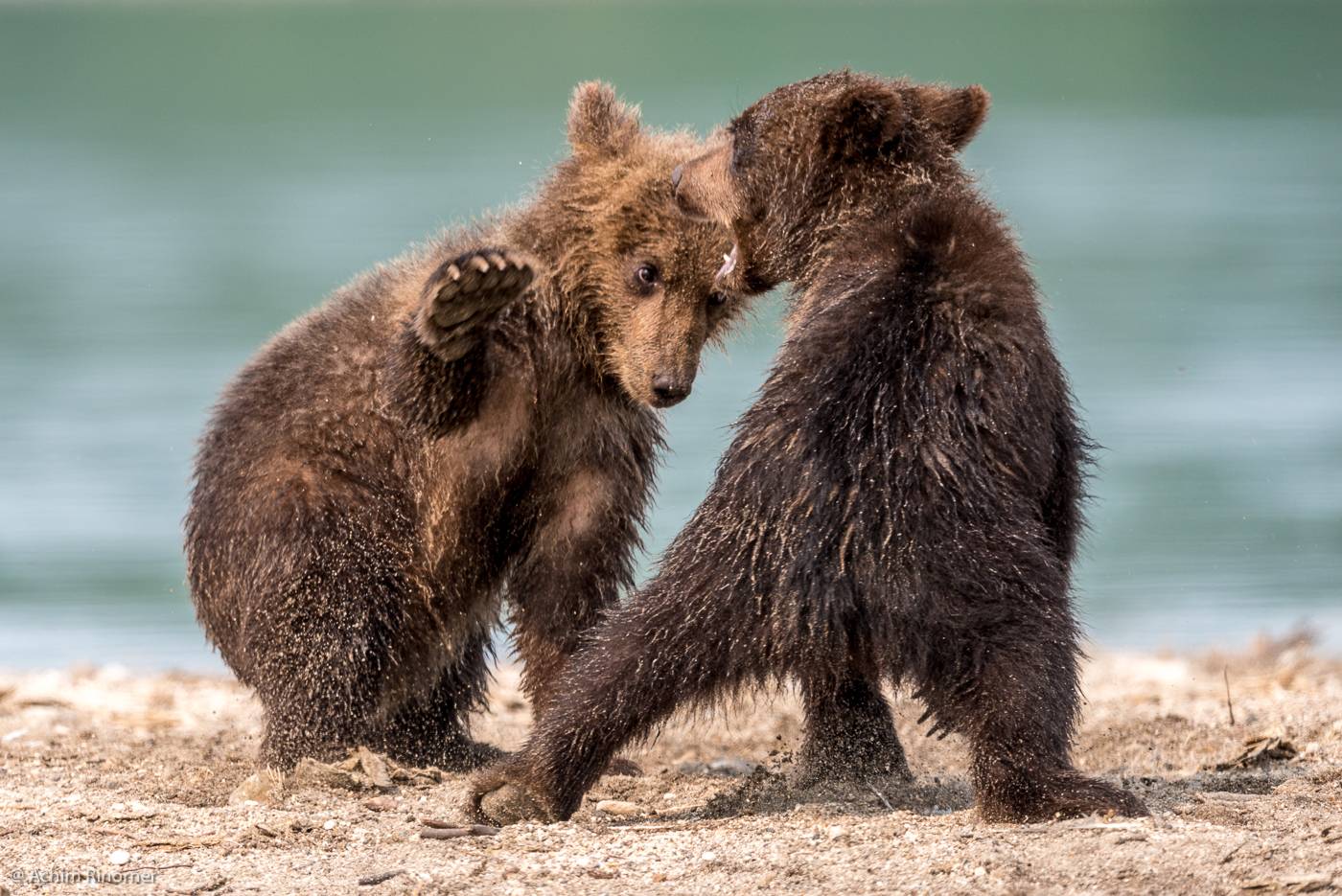 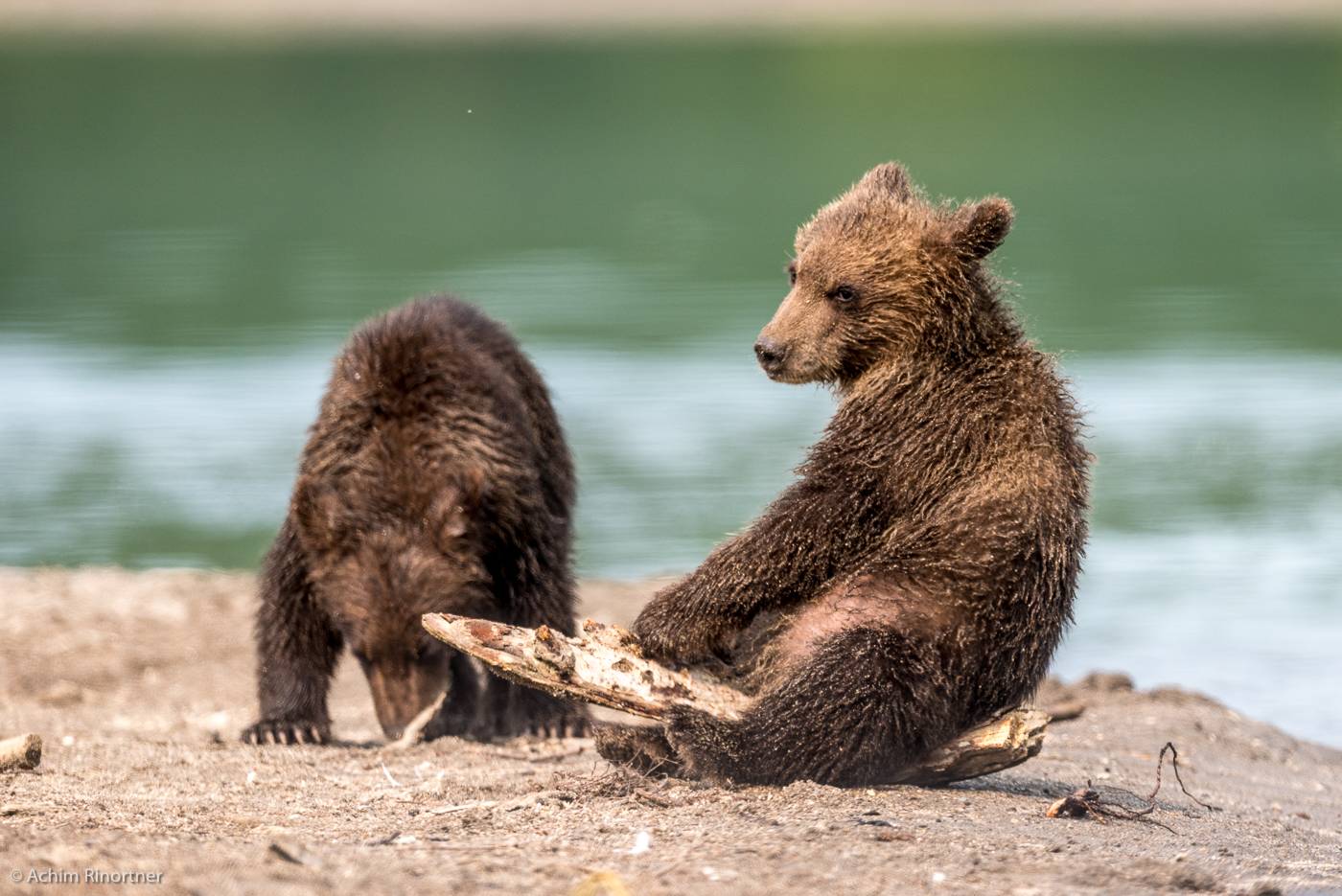 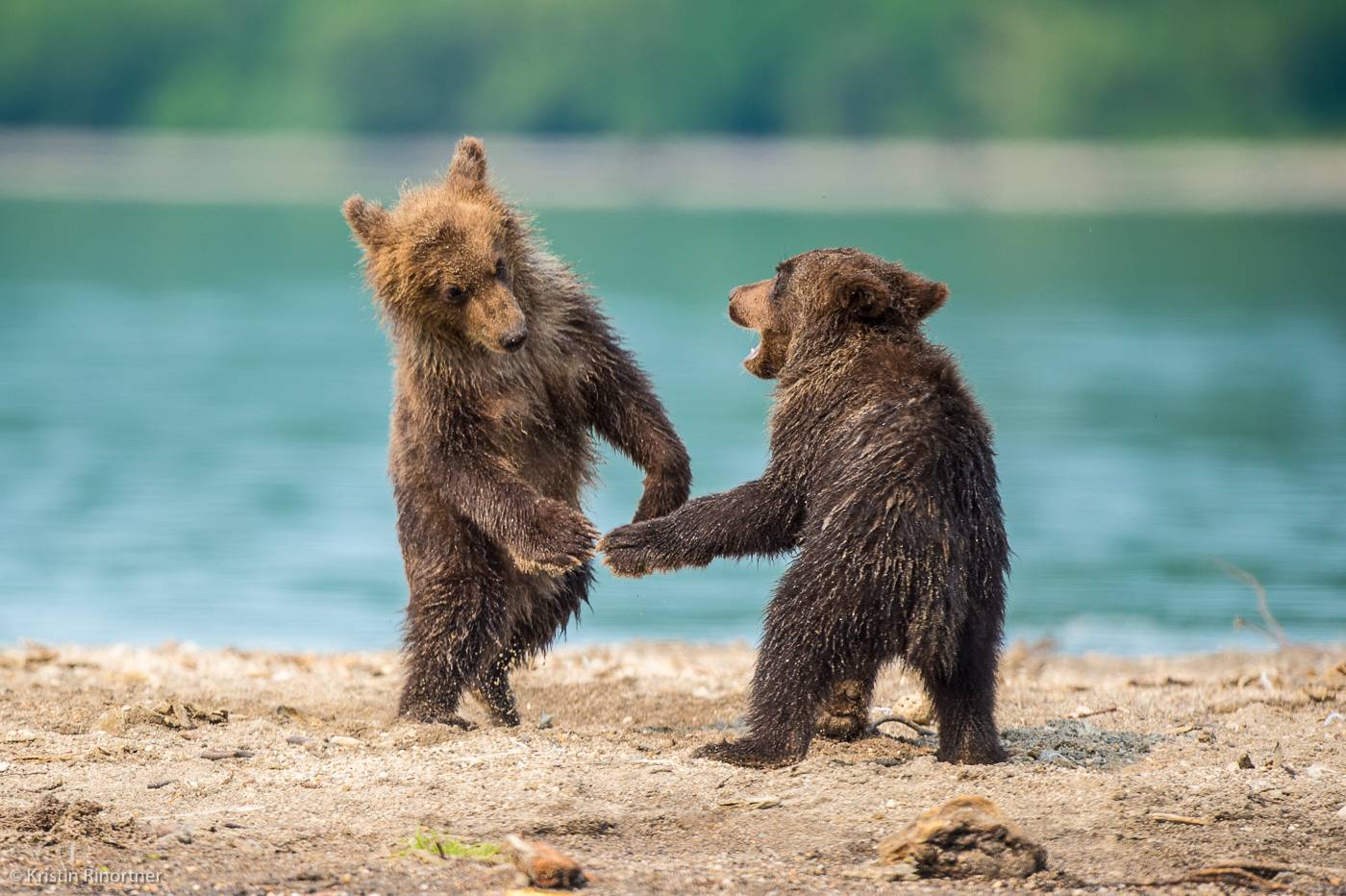 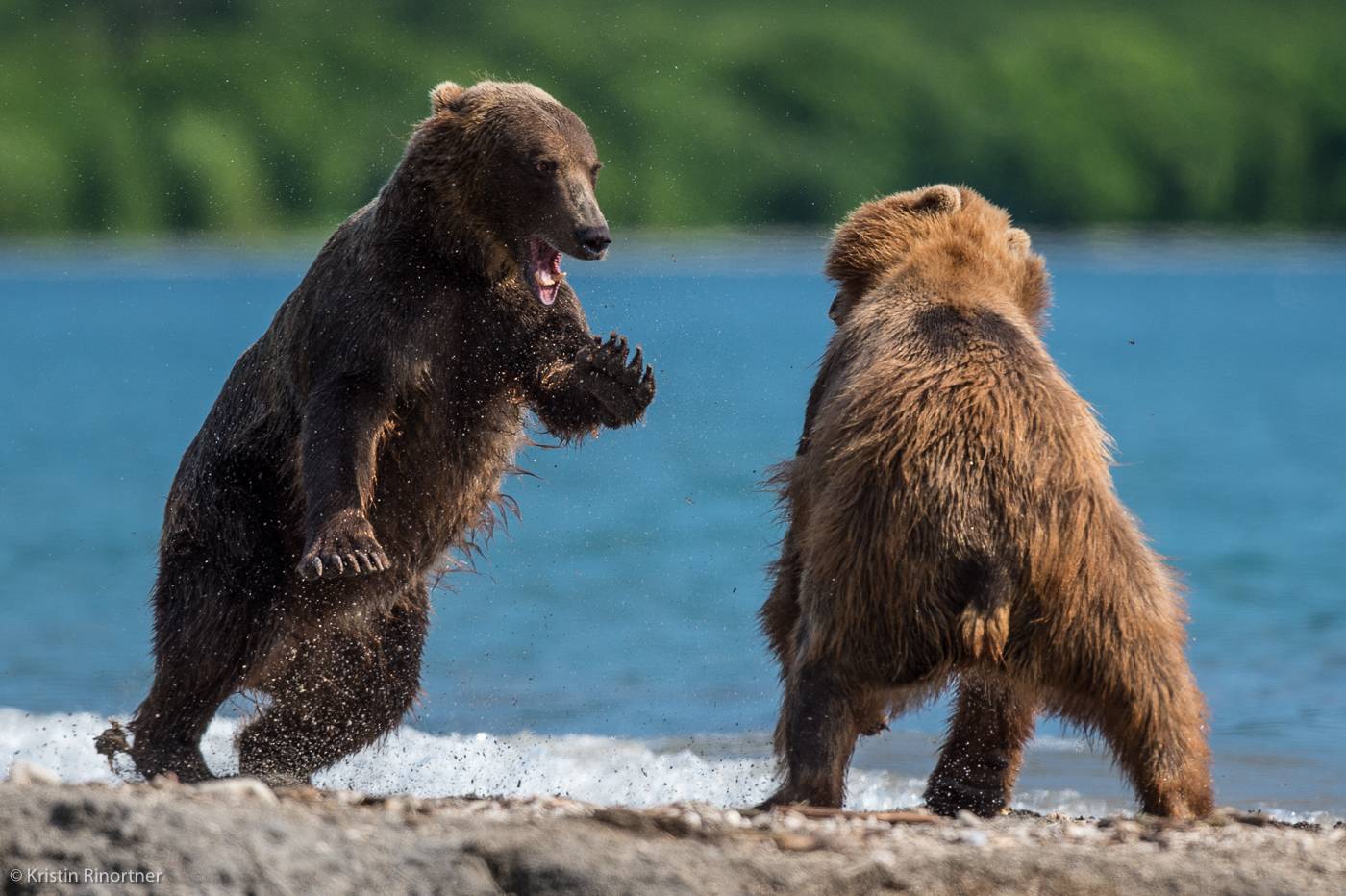 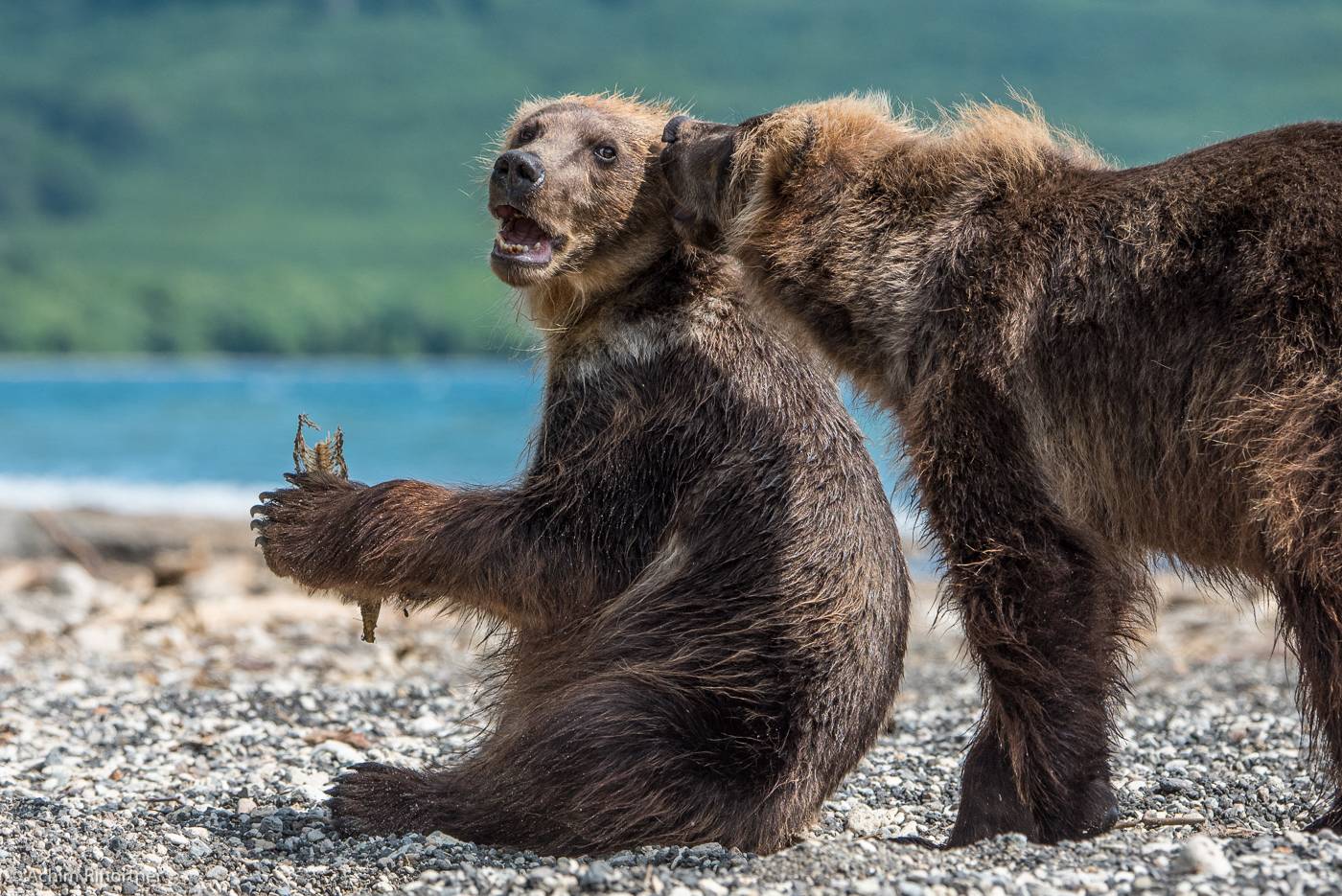 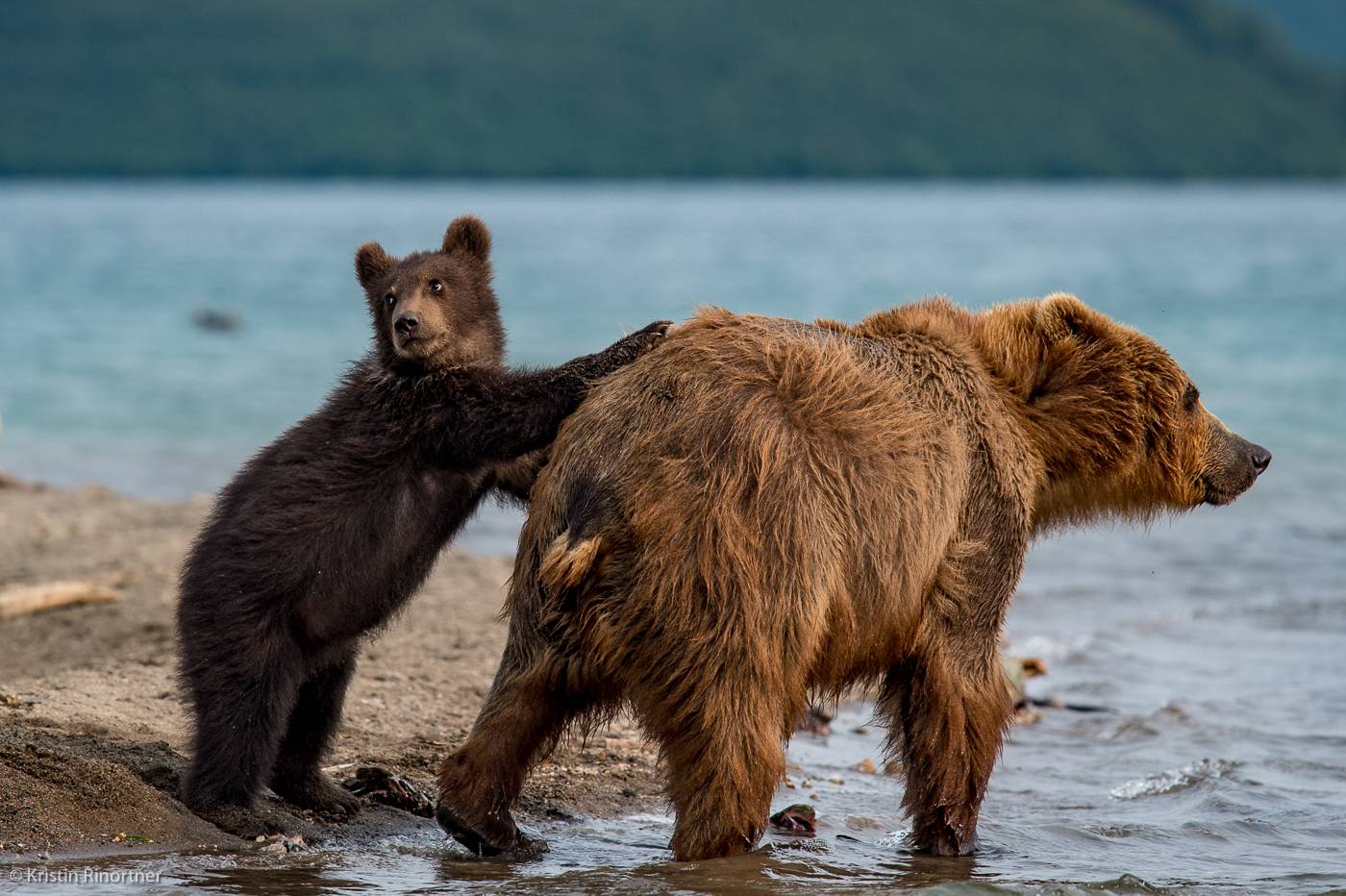 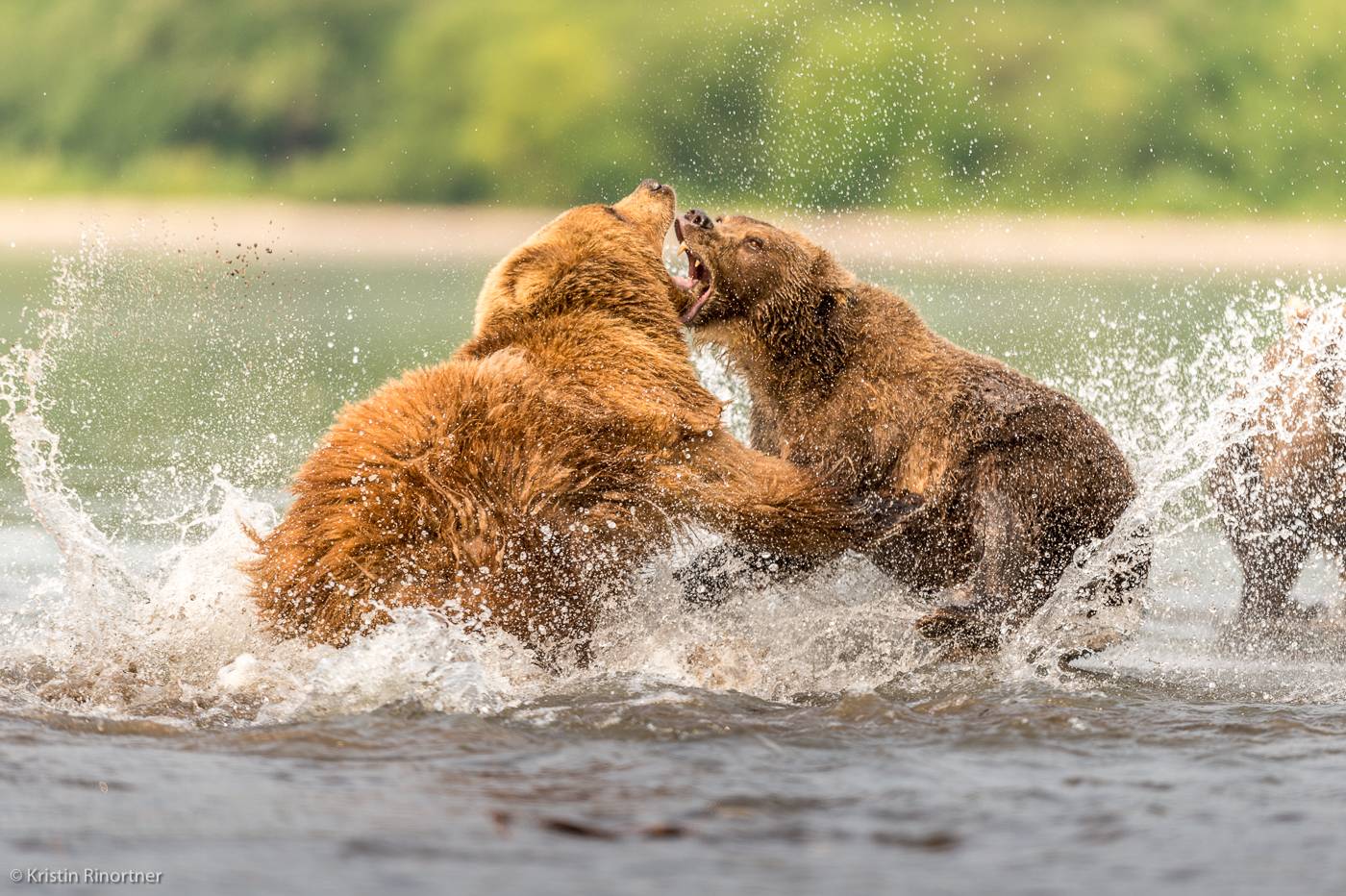 The male Kamchatka Bear weighs up to 600 kilograms. People are not part of his diet which consists of fish, berries, nuts, mushrooms, leaves, and carrion. In the salmon season, the bears increase their weight by half a kilogram per day. 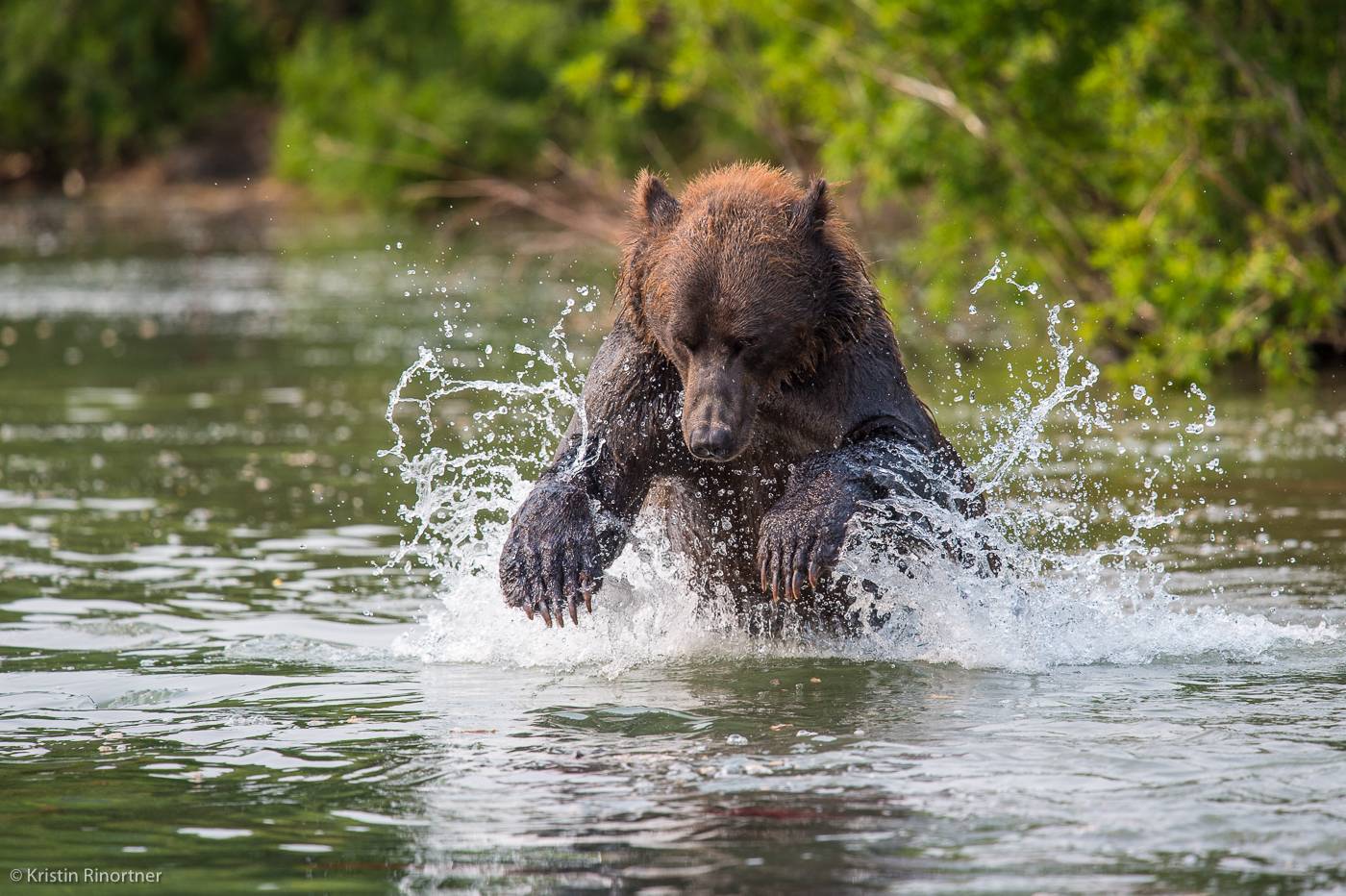 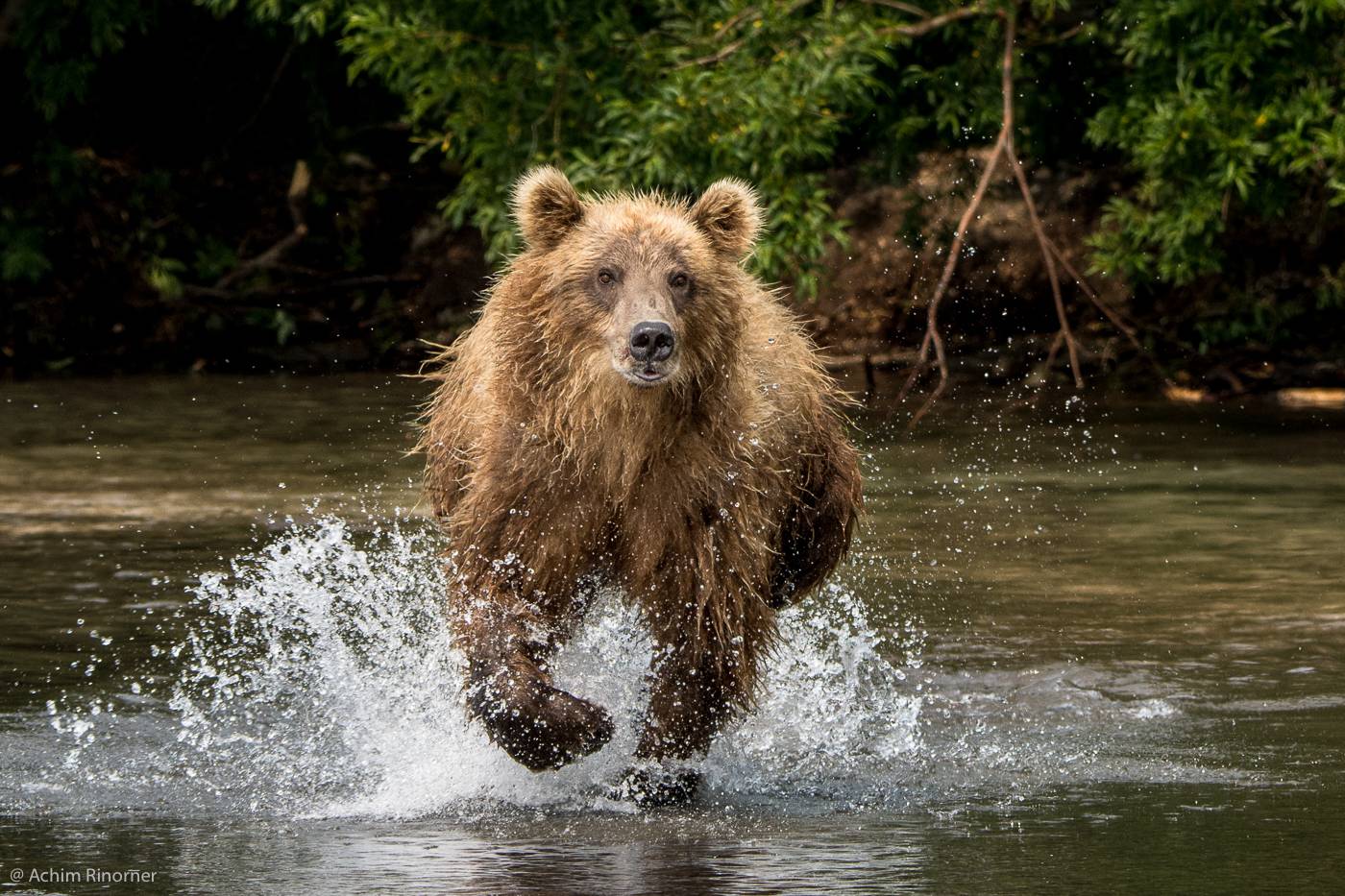 The bears are only dangerous when they become frightened by people getting too close or when you find yourself between a mother and cub. They then become aggressive and dangerous situations can arise. In that case, the shotgun must be used. The first cartridge contains signal munition and the second plastic bullets. Also, fire torches and pepper spray are common weapons. The best defense against bears, however, is knowledge of bear psychology, behavior, and habits. 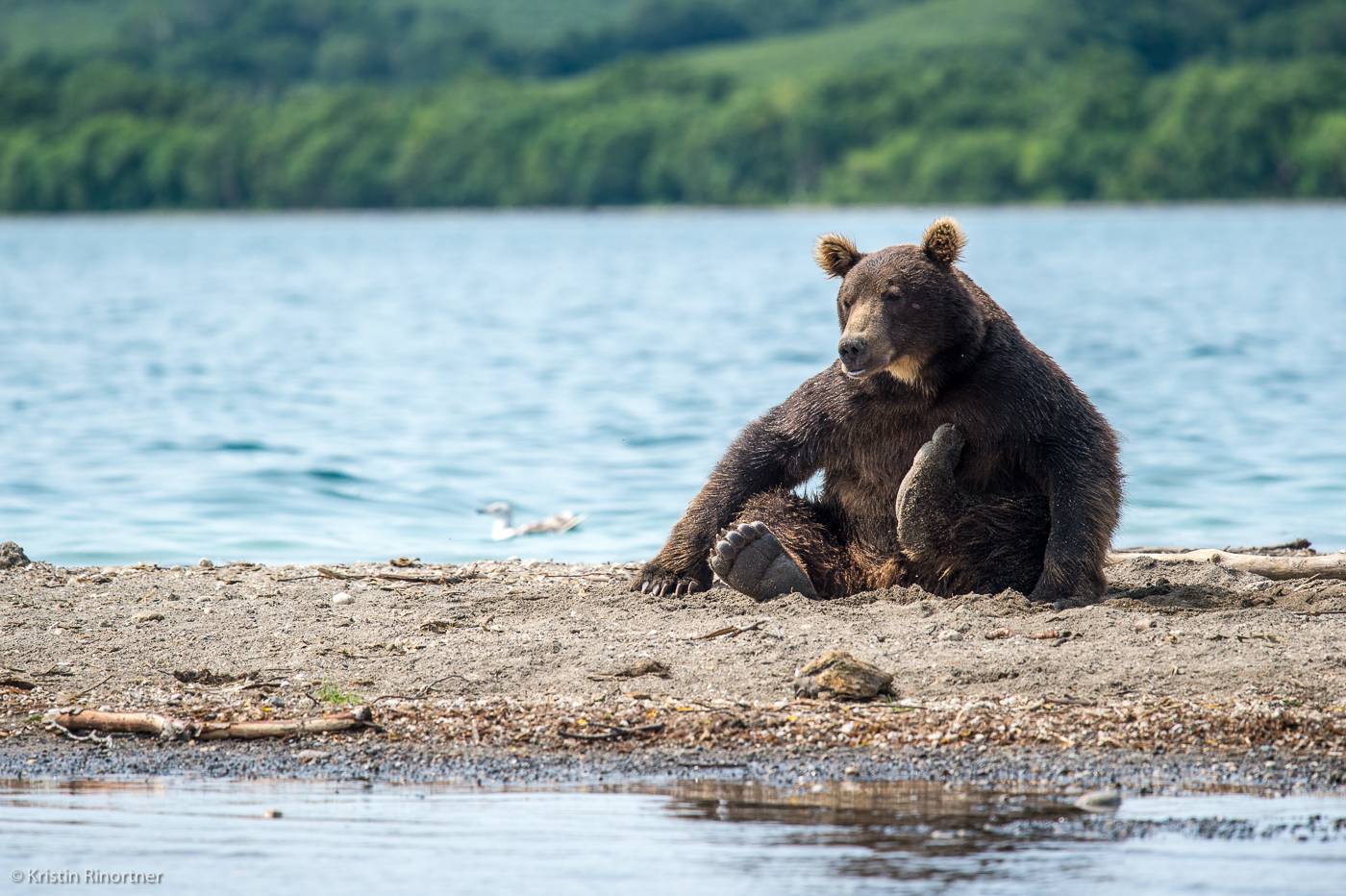 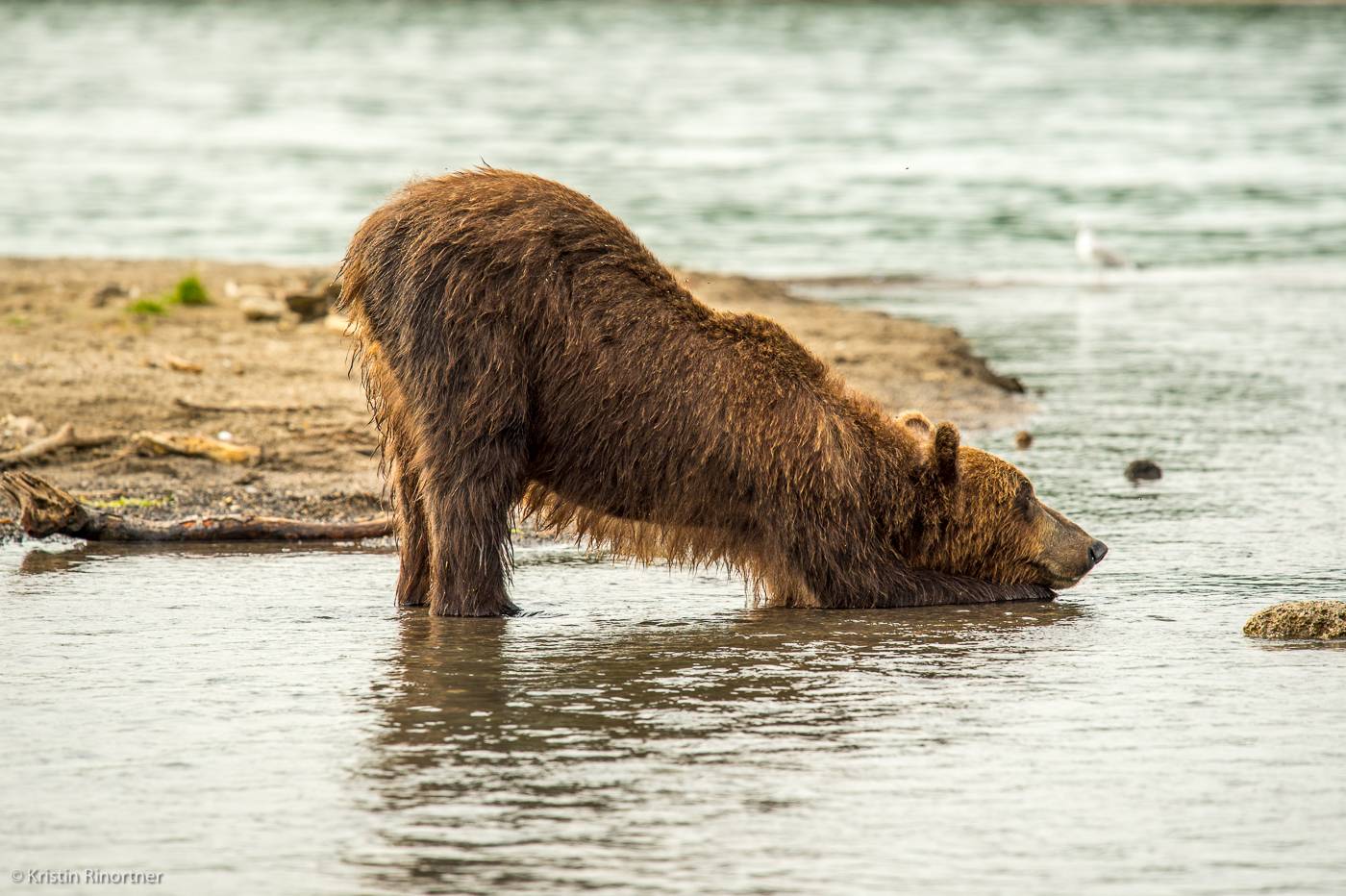 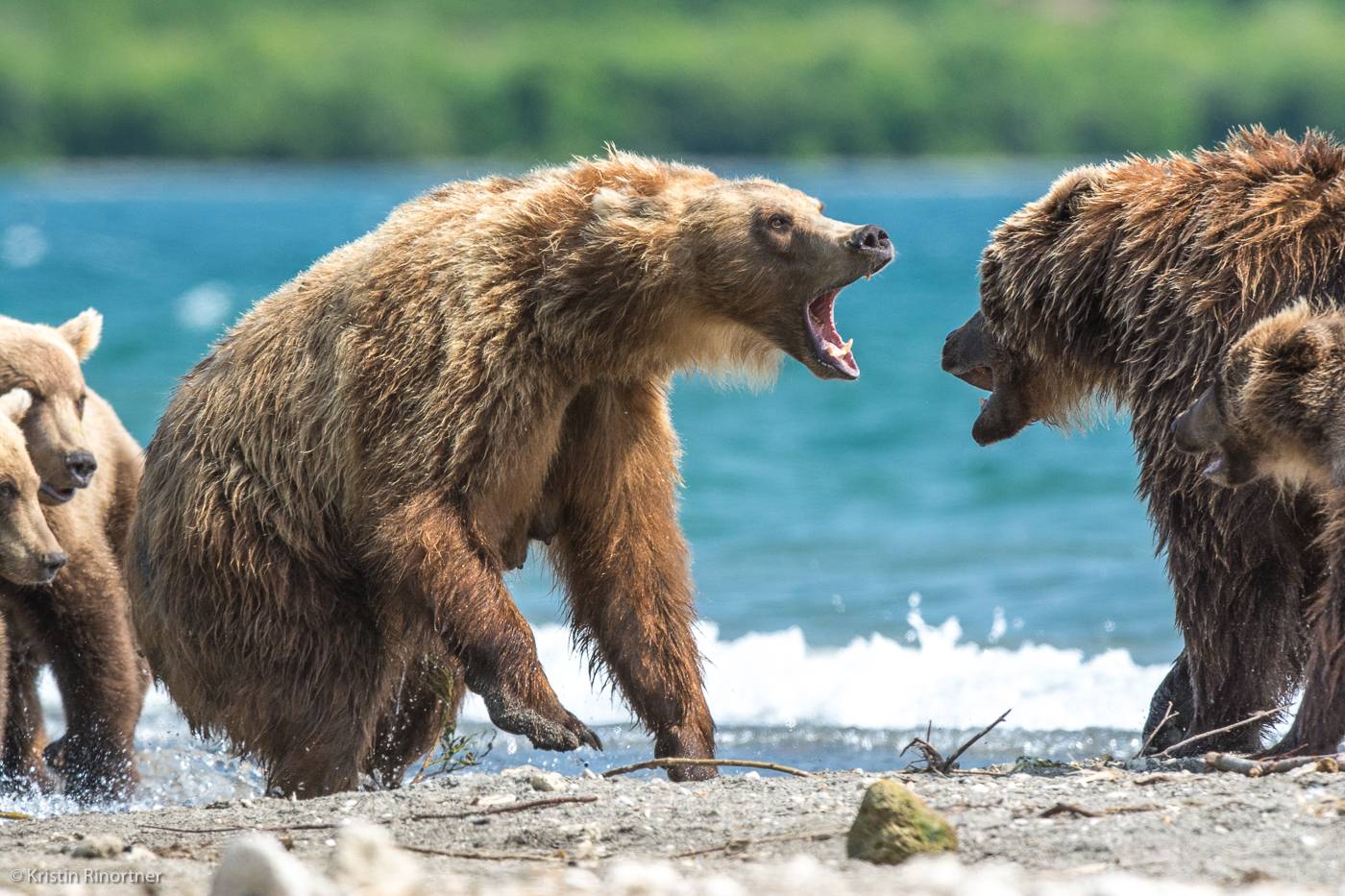 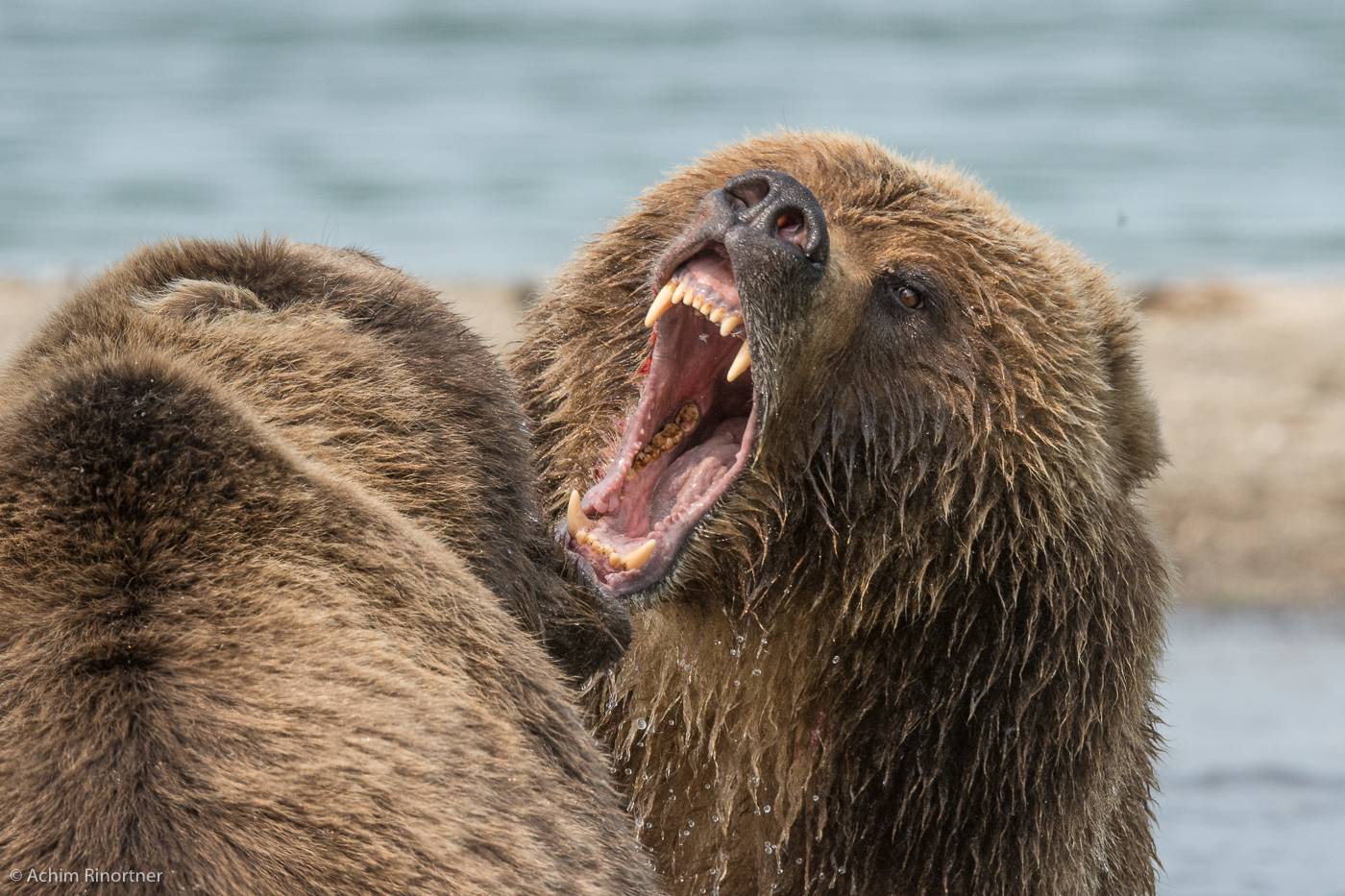